Day Of The Seafarer: It Is No Longer Possible To Overlook Fishers’ Safety At Sea 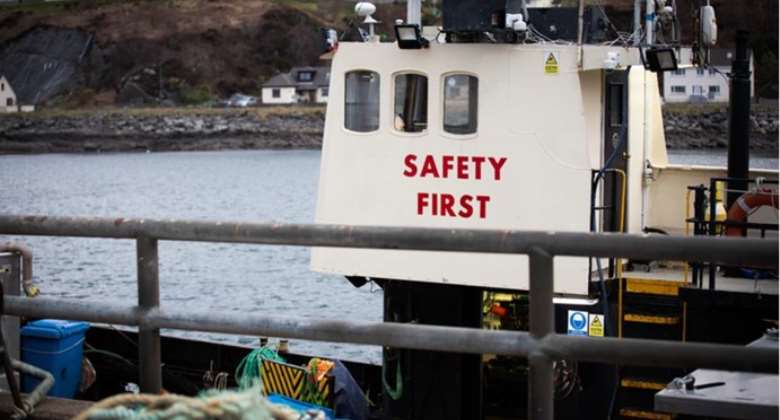 London, 25 June 2022 – On the Day of the Seafarer, 110 years after the Titanic disaster, leading UK retailers and seafood companies operating across the globe are calling upon all Flag States involved in their supply chain to ratify the Cape Town Agreement for the Safety of Fishing Vessels, to finally put the protection of fishers’ lives at sea on an equal footing with that of seafarers’.

UK seafood retailers and businesses committed to improving human rights and labour standards in the fishing sector are calling on more than 40 Flag States involved in their supply chain to deliver on their commitment to protect fishers’ safety at sea, which is a priority for the fishing industry.

On the Day of the Seafarer, with only 4 months left to make a major international treaty protecting fishers’ lives at sea a success, the Seafood Ethics Action Alliance (SEA Alliance) – which gathers processors, retailers and food service businesses representing more than 70% of retail food sales in the UK – stresses that it is no longer possible for Flag States to overlook fishers’ safety at sea.

The Cape Town Agreement for the Safety of Fishing Vessels was adopted by the International Maritime Organisation in 2012 and aims to make every commercial fishing vessel a safe working place, from stem to stern. The safety of seafarers at sea was made a priority after the Titanic disaster in 1912, which resulted in the adoption of the very first convention for the protection of the safety of life at sea in 1914. But 110 years after this tragedy, there is still no international treaty to protect the safety of fishers.

Two treaties were negotiated on fishers’ safety in 1977 and 1993, but neither of them entered into force. Therefore, fishers have been waiting for more than 45 years for an international treaty to protect their lives at sea. To change this situation, 51 States signed the Torremolinos Declaration in 2019 to commit to ratify the Cape Town Agreement by October 2022. Six States committed or reasserted their commitment at the One Ocean Summit in February 2022.

“The Cape Town Agreement is one of the three international treaties which aim to tackle illegal, unreported and unregulated (IUU) fishing and poor labour standards, together with the FAO Port State Measures Agreement (PSMA), and the ILO Work in Fishing Convention (C.188)”, the SEA Alliance says. “Whereas C.188 and PSMA are already in force, the Cape Town Agreement is the missing link which could strengthen international law, since catch control, decent working conditions and safe vessels are three complementary and indivisible conditions to end illegal fishing activities.”

While the United Nations recognised that IUU fishing remains one of the greatest threats to sustainable fisheries, the SEA Alliance is calling on all Flag States to make fisher safety a priority and ratify the Cape Town Agreement by October 2022. The international community cannot fail to protect fishers’ lives at sea for a third time in history.

About the Cape Town Agreement for the Safety of Fishing Vessels

Adopted by the International Maritime Organisation (IMO) in 2012, the Cape Town Agreement for the Safety of Fishing Vessels sets safety standards for construction and related seaworthiness, heating, ventilation of machinery spaces, fire-safety regulations, survival crafts, emergency procedures and radiocommunications. The Cape Town Agreement mostly applies to new fishing vessels of 24m in length and over, capable of operating on the high seas. To enter into force, at least 22 States must ratify the Agreement and all together declare a fleet of at least 3,600 fishing vessels. To date, 17 States ratified the Agreement and declared a combined fleet of 1,925 vessels. Kenya was the 17th State to ratify in March 2022. Now, only 5 States and 1,675 vessels are missing to pave the way for the entry into force of the Cape Town Agreement.

About the SEA Alliance:

The Seafood Ethics Action (SEA) Alliance was established by retailers and seafood businesses to address human rights risks in global seafood supply chains. We are seeking to accelerate improvements in human rights and labour standards by implementing effective supply chain due diligence, advocating for improved regulation and enforcement, and sharing responsibility for changes that are needed throughout the supply chain. Our participating companies are responsible for more than 70% of UK retail seafood sales, and have global operations and supply chains.