Agriculture is the brightest future of Africa 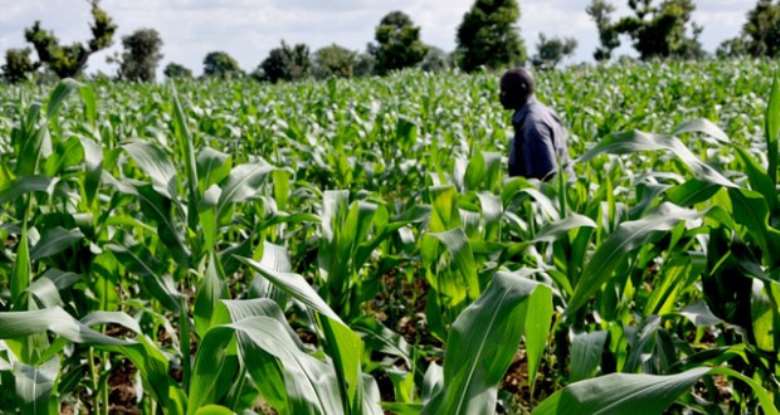 Agriculture is too often seen as feeding the farmers and their families making extra money by selling crops to the market. African leaders are eager to catch up with the white man and propagate industrialization as their people's bright future. A car or a folk no one can eat.

The ever-growing population of Africa needs enough healthy and quality food now and more so in years to come. In Ghana profit margin for cocoa farmers is shameful low. Crops like maize and cassava feed the masses but do not help social standards to be addressed and on a sustainable good level like income, health care, education, etc.

Farming in Africa must not only be more bio and environmental friendly but by rethink how to do farming more profitable to generate profits and address the better social standards.

Not only do African farmers have to use modern farming technologies but become Farming Scientists and constantly improve on their skills to stand side by side with industrial bosses on the same level. This has no link to NGOs thinking but the concept of maximizing profit margins. Planting exotic fruits and vegetables such as Red Pineapple and white strawberries among others planted exclusively for the high-end market can build mansions or in a mix of traditional mass products adds to the extra income needed to build a good house for the farmer's family.

African leaders have no vision of these ideas and possibilities but rather listen to outsiders that want e.g. Europe cheap products like pineapple, mangos, and bananas only even representatives of the so-called "Fair Trade" organizations which in the end are not fair at all.

Rethinking of Agriculture in Africa can only come from people that have the spirit of making good and best money with Agriculture to demonstrate to African farmers their concept on the ground right before their eyes and for them to be copycats and use it on their farms.

African leaders do not want to see their farmers grow, progress, and succeed as long as the masses are fed. Unlike the industrial revolution with a limited number of people being rich rich farmers can be many more thinking about a better future for the nations. This can become a very dangerous movement for the existing political elite of African nations.

Rethinking and good profit-making in the African agricultural sector is a serious threat to the stability of African poverty and foreign exploitation but great news for Africa to be lifted which by lesser economic migration will benefit the white man in Europe also, over time.