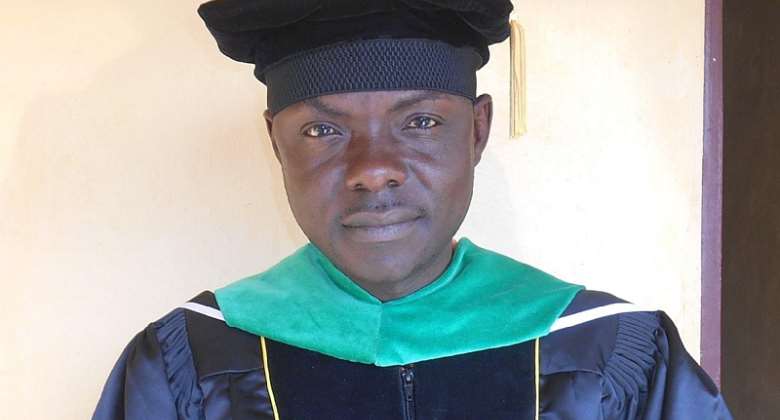 The learning environment at the Grand Gedeh Community College is reportedly nothing to write home about given the harsh learning conditions that have been created allegedly by the President of the College, Dr. Solomon X. Y. Jallahyu.

This includes the imposition of high costs to enrollment requirements, denial from benefiting from President George Manneh Weah’s tuition free at public institutions scheme; poor compensation for lecturers, untidy learning environment on the school’s campus, inadequate sitting capacity for students, lack of qualified instructors for some departments, no capacity building opportunity for lecturers and administrators as well as poorly equipped computer lab.

The group of students under the banner: Concerned Students of the Grand Gedeh Community College said in a petition that since the pronouncement of the free tuition policy by President Weah more than four years ago, they have been exempt from the largesse while the previous tuition of L$4,500 to L$5,500 has been “mercilessly increased by more than triple the initial amount.

The students disclosed that this “led to more than 38% of their fellow students to drop from school and also dissuading many young people from seeking higher education at the college”, which they say, undermines the original intent for the establishment of the institution in 2011.

The Concerned Students Group are asking the school administration headed by Dr. Jallahyu to implement the Government of Liberia’s tuition free policy or reduce the existing fees being charged to a considerable amount that the underprivileged young people can afford.

They are recommending about 50% reduction in the astronomical amount that is being paid now.

According to the Concerned Students, they have information that approximately 30% of lecturers at the school are not placed on payroll. “As advocates of academic freedom and excellence, we strongly believe that the lack of compensation to some of our educators has the propensity of diverting and jeopardizing their focus from professionally discharging their duties. With that, we are not begging but asking you (Dr. Solomon X.Y Jallayu) to immediately place our lecturers on payroll for their services as you are also being paid for yours,” the students emphasized in their statement issued on June 14, 2022 in Zwedru City.

The students complained about inadequate sitting capacities for students that is causing students to transport chairs on their heads from one class to another to attend classes. Students are also indicating the lack of computers in the lab and unavailability of internet facility to enhance their learning through research.

Responding to the students’ claims, the President of the Grand Gedeh Community College, Dr. Solomon X. Y Jallahyu said “that's not true. There has been no increment in the student activities fees for the past four years and graduated three different sessions since that time.”

“We are implementing the tuition-free policy to the fullest. In fact , 75 percent of the students’ activities fees are paid by donors and it is not even coming forth.

"We do not have a sitting capacity problem. Try to contact the student Council government to balance what they are saying.

"We even bought a bus that takes students to school where they pay only 20LD from tuition free grant.

On the allegation of not employing lecturers, the GGCCC President indicated “Teachers who were or are on other government payroll can not be accommodated on other government payroll like ours. So we have them with little compensation on our supplementary payroll that we pay from fees. We can only recommend to the Civil Service Agency for employment but the decision is not within my purview to make regarding putting employees on Government’s payroll."

"We will need money to keep replacing them. The money, we don't have as government is constrained financially as well as the college.

"We are also asking donors to help. Nobody give Dr. Jallayu Computer Money and he didn't buy a computer for the LAB,” he added.

Akufo-Addo going to IMF is not victory, it's a day of sadnes...
26 minutes ago