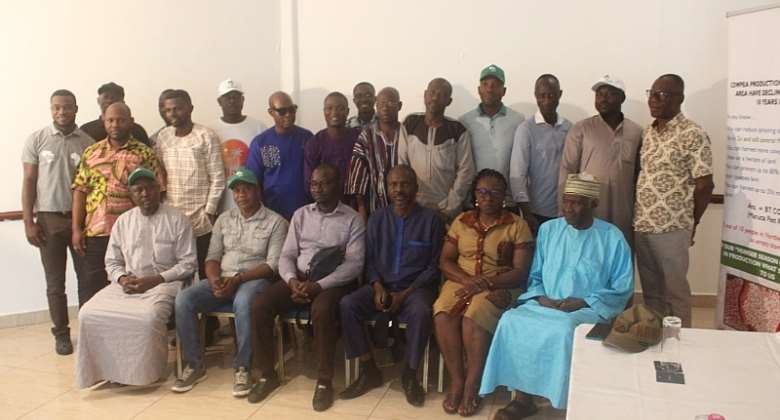 Open Forum on Agriculture Biotechnology (OFAB) Ghana, in collaboration with the Council for Scientific and Industrial Research (CSIR), has organised a day’s sensitization programme on Biotechnology and Genetically Modified Foods (GMOs) for some Muslim clergymen in the Kumasi.

It was aimed, among others, at equipping the Muslim clergymen with the requisite knowledge and understanding of biotechnology in farming and agriculture to help effectively educate the general public to adopt the technology to ensure sustainable national food security and improved livelihoods of farmers.

Biotechnology involves the exploitation of biological processes for industrial and other purposes, particularly the genetic manipulation of micro-organisms for the production of antibiotics and hormones, among others.

Owing to the misconception about the adoption of GMO technology, OFAB believes that the training would enable the clergymen to significantly educate policy makers on issues of agriculture through the provision of expert knowledge and facts.

According to OFAB, one tool, which is currently used to enhance biodiversity, is biotechnology. The technology covers varieties of techniques and applications that allow variation and enhancement in living organisms to provide desirable products for humanity.

The one-day sensitization programme, held with the Muslim clergymen in the Ashanti Region, was also to enable the clergymen to contribute significantly to neutralising the false impression, beliefs and mystery surrounding the adoption of the GMOs products. It brought together some high-profile Muslim personalities and researchers from Council for Scientific and Industrial Research (CSIR) and Savanna Agricultural Research Institute (SARI).

Alhaji Professor Walter Alhassan a senior statesman and former Director General of CSIR mentioned to the clergymen that the GM technology can be considered “Halal” in the Muslim faith.

The former Director General who is also a staunch Muslim explained that GMO crops must be considered “Halal” meaning pure for consumption by Muslims.

“Let’s all help to promote the GM technology; it will help solve food security issues in Ghana and even beyond,” he said.