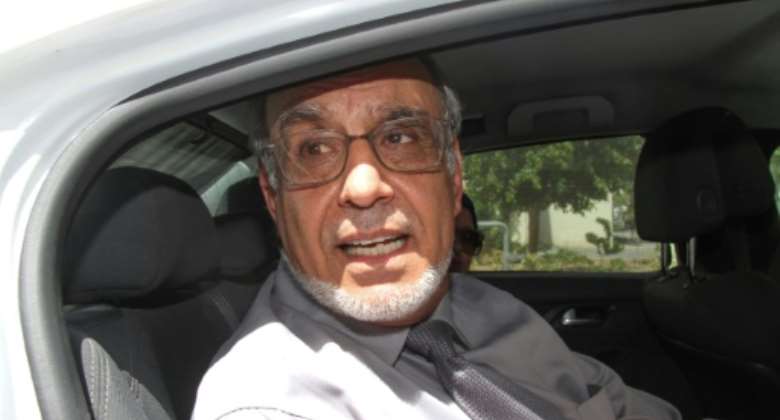 Former Tunisian prime minister Hamadi Jebali is pictured after submitting his candidacy for presidential elections in 2019. By HASNA (AFP/File)

He could not say why Jebali was detained.

"The police arrested Mr Jebali in his car in Soussa, then took him to Tunis," Zied Taher said.

For more than a month, Jebali has been under investigation over activities at his boiler factory in Soussa, a coastal city south of the capital, Taher said.

The arrest comes with civil society and Saied's opponents fearing a slide back to the authoritarianism seen under long-time dictator Zine El Abidine Ben Ali, toppled in a 2011 revolution.

Ennahdha was the dominant force in a parliament dissolved by Saied after he sacked the government and seized wide-ranging powers last July.

Private radio station Mosaique FM said Jebali had been remanded in custody by anti-terrorist police "on suspicion of money-laundering".

Jebali led the Tunisian government from December 2011, a year after the start of the country's revolution, until his resignation in early 2013 following the murder of leftist activist Chokri Belaid.

In 2014 he quit politics and left Ennahdha.

A solar engineer and former journalist, Jebali was sentenced to 16 years behind bars under Ben Ali as anti-Islamist repression intensified.

He served a large part of his sentence in an isolation cell before being pardoned in 2006.