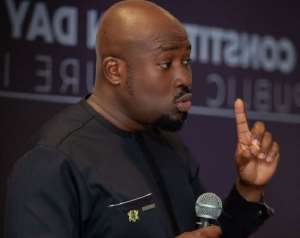 In the midst of the fuel shortage scare, Senyo noted that the BDCs are facing the major challenge of accessing inadequate forex from the market.

Engaging the media in a virtual CBOD Media Dialogue session on Thursday, June 23, 2022, Mr. Senyo Hosi disclosed that the threat of fuel shortage in the country is largely due to the challenge BDCs face in securing enough forex [dollars] to pay suppliers.

“The situation today is that there are major challenges with access to FX or US dollars from the market. The commercial banks somewhat struggled to meet the requirement of the BDCs and the Central Bank is now actually required to operationally intervene.

He noted that the BDCs get 21% of the 450million dollars needed to import petroleum products.

According to him, the Central Bank is only able to supply about $100 million, out of the $450 million needed by the BDCs.

He stressed that the Central Bank was able to supply $125 million in May, 214million in April and 100million dollars in June this year.

With the remaining 350 million dollars still hard to mobilise, he indicated was to be met by the commercial banks.

“The BoG has actually reduced the quantum of its intervention in real terms and also in ratio terms relative to requirements. When we started, [during] the first window, we got $114 million and another $100 million, bringing the amount we got from the BoG in April to $214 million. Then in the next month, the amount that was made available was $125 million and then in June we are seeing $100 million.

“Cumulatively, their intervention has been 40% of the requirements that have been submitted over the period. On a month-on-month basis however we have seen a very significant drop from 85% in April to 50% in May, and now we are seeing 21% in June,” he added.

However, Mr Hosi noted that the commercial banks have liquidity and price challenges for the BDCs.

"That is where we are today. That is why when we have a more structured mechanism from the central bank things will actually be more stabilised. The currency is what must be supplied. Not just supplied but at a price that is reflected at the pump," he stated.

On the issue of forex losses (the rate of BoG against the commercial banks) he stated, “the commercial banks do not have adequate capacities to meet our needs and even when they can the exchange rate of the price at which they wish to sell their dollars actually throws the petroleum prices at the pump totally out. It will push them extremely high. So everyone wants to rely on the moderate dollar from the Central Bank.”

Moving forward, Mr. Senyo Hosi has stressed that it is important sector players come together to work to fix all challenges to ensure the availability of products for customers and Ghanaians in general.

“There are a number of BDCs who are pretending to be in the system. When there is a thorough preview they are making massive foreign exchange losses and when you have a crisis in that space then you are going to have a crisis with supply in the country.

Touching on the fears of potential fuel shortage in the country, the CBOD CEO has assured that there is a month reserve.