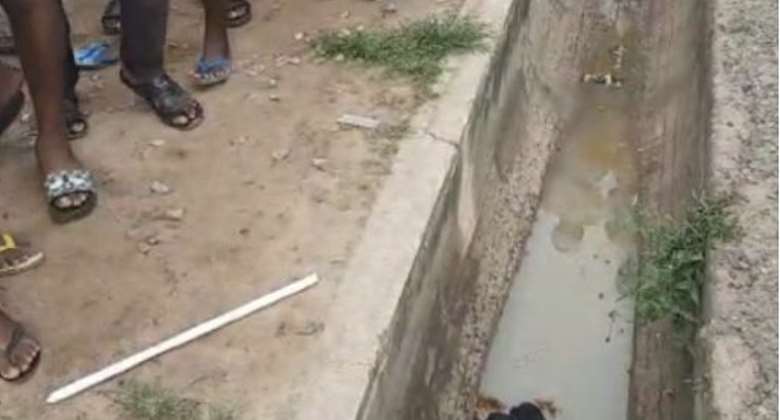 A teenage girl's lifeless body was discovered in a gutter at Ablekuma Manhean in the Ga West Municipality of the Greater Accra Region.

Reports given to the media by some residents indicate the body was found in the early hours of Thursday, June 23, 2022.

A resident disclosed that it was a small girl who was waiting for her friends to go to school together saw the dead body in the gutter.

The mother of the girl who saw the dead body first reported it to her.

“My child was the first person to see the body. She was waiting for a friend so they can walk to school together.

“But upon getting to the place, she noticed the lady’s body and came home to inform me,” she narrated.

According to her, the incident has since caused fear and panic among the residents who are assigning several reasons for the murder of the young girl painting a scary picture.