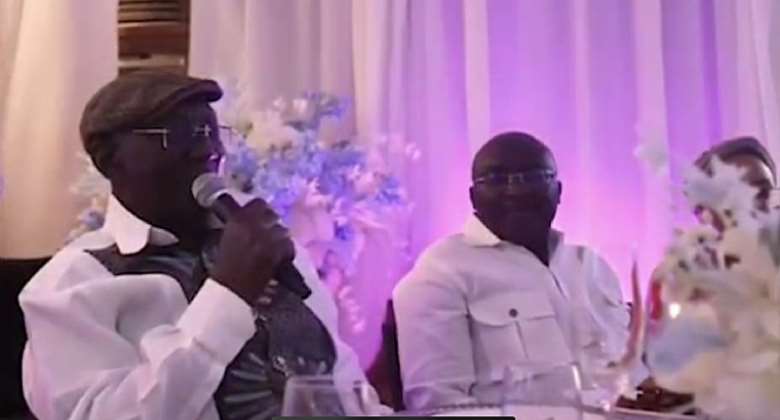 Mr. Kufuor in a statement observed that he had good relationships with the other candidates for the NPP flagbearership race namely Boakye Agyarko, Joe Ghartey, Dr Owusu Afriyie Akoto and Alan Kyeremanten.

The former President said he will support any of the aspirants who wins the NPP Presidential primaries.

According to Mr. Kufuor in the statement issued by his Office, the reports on social media and some sections of the mainstream media that he has endorsed Dr. Bawumia are fake.

In the statement, Mr. Kufuor denied categorically that any such endorsement took place.

The statement pointed out that both Mr. Kufuor and Dr. Bawumia were guests at a Father's Day soiree organized by the Peduase Valley Resort and Hotel last Sunday, June 19, 2022.

It added that the occasion being a Father's Day event, Mr. Kufuor spoke about the father-son relationship between him and Mr. Kwame Sefa-Kayi, businessman Ibrahim Mahama who was also in attendance.

It said Mr. Kufuor in the spirit of the Father's Day event also spoke about the father-son relationship between him and Dr. Bawumia.

The statement however pointed out categorically that there was nothing political about what Mr. Kufuor said about Dr. Bawumia as has been twisted.

Hottest Photo Reports
Catch up with all the political quotes from our politicians.
Advertise here
More from Headlines
ModernGhana Links
Isaac Adongo optimistic IMF programme for Ghana will protect the poor, alleviate hardships
Going to the IMF with Ken Ofori-Atta as the lead will yield no result – Isaac Adongo
Ghana’s problem is pomposity, deception, lack of sincerity by Akufo-Addo’s gov’t — Sulemana Braimah on Ghana going to IMF
TOP STORIES

Going to the IMF with Ken Ofori-Atta as the lead will yield ...
15 minutes ago