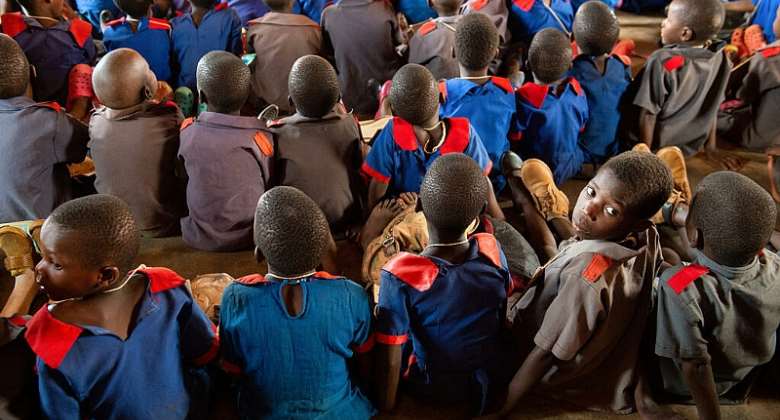 Hundreds of demonstrators took to the streets of Malawi's capital Lilongwe this week after a video surfaced with what appears to be the exploitation of children by a Chinese national.

The disturbances follow revelations that were recently broadcast in a BBC documentary that shows Malawian children being led and filmed by a Chinese man living in Malawi.

In the video, the children repeat a number of demeaning and racist statements after the man out loud, among them the phrase: “I'm a black monster and my IQ is low.”

These videos can be bought for up to €65 on Chinese social media and internet platforms.

The protestors, led by members of the University of Malawi Child Rights Clinic, said the behaviour in the video is a violation of the Convention on the Rights of the Child, as well as Malawi's Constitution.

They have since called on the authorities to prosecute the Chinese national and compensate the children.

The videos have sparked anger in both Malawi and other African countries.

The department of immigration has since announced that the perpetrator was arrested by authorities in neighbouring Zambia and that they are in the process of repatriating him to Malawi to face trial.

Meanwhile, rights activists have questioned why the governments of Malawi and China had not taken steps to arrest Lu Ke, or Susu as he was known locally, earlier and why similar violations have not been investigated.

They presented a petition demanding action to the Chinese embassy and to government buildings as part of the protest.

They were also joined by dozens of people from the village where the videos were filmed along with their traditional leader who demanded justice for the children.

Despite the heavy armed police presence, the protestors chanted songs and carried placards reading "children are people too", "Susu should apologise", "we are here because of children", and "yes we are peaceful, but don't take advantage of us".

One of the protestors, Ndiferanji Black, 36, from Njewa village, where the filming of the children took place, made the eight-kilometre journey to express her anger at how their children were treated by the Chinese national.

“Susu was torturing our children. They were given just 300 Kwacha (€0.20) per day … He has been here for five years doing this [shooting videos],” she said.

For others, like 23-year-old University of Malawi student Alexious Malamba, the protests have a wider implication for the people of his generation.

“I am really angry. I cannot believe that in this country, which our ancestors fought to liberate, someone can just come and treat us like that. This has to end once and for all,” he said.

Garton Kamchezera, a law professor at the University of Malawi and supervisor of the legal clinic said the issue should not be looked at in isolation, adding that the conduct of the Chinese national has 'broad and grave implications for the respect and dignity of Africa's children'.

Following the revelations,  the government, led by the ministry of foreign affairs, held a press conference in which they indicated that they are investigating the matter.

For its part in a tweet, the Chinese Embassy in Malawi wrote: “The Embassy noted with great concern the video Racism for Sale. We strongly condemn racism in any form, by anyone or happening anywhere.

"We also noted that the video was shot in 2020. It shall be stressed that Chinese government has zero tolerance for racism.”

However, the protestors have described the response as "disappointing" noting that 'it does very little to address the real issues that have emerged from the actions the perpetrator.