Nigeria’s presidential flag-bearers and the road to 2023 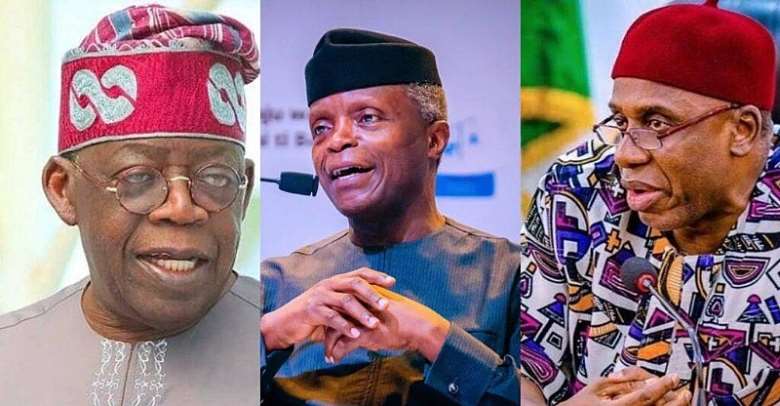 The Independent National Electoral Commission (INEC)-monitored party presidential primary elections have come and gone and, as the saying goes, the rest is history! With various candidates pushing private agenda, diverse groups’ interests being articulated, and differing institutional preferences already being canvassed, all eyes are now on the 2023 General Elections. In all, interesting times await Nigerians!

That said, it is no longer news that, no matter how difficult it is to measure the impact of religion or religious beliefs in politics in Nigeria, it remains contestable in the public domain. However, the interesting thing is that the candidates of the two foremost political parties are Muslims. As things stand, adherents of traditional and other religions may have to re-evaluate their options, and settle for a compromise. Well, it once happened in Nigeria, with an all-Muslim ticket of MKO Abiola and Babagana Kingibe in the June 12, 1993 presidential election.

Except we are being economical with the truth, most of the current presidential contenders have pockets deep enough to prosecute a presidential election of Nigeria’s ‘standard’. Most of them are also popular in their respective domains. So, between now and the election, what is left is for the contestants to test their national appeal and sell their visions to the electorate. Right now, long-term policy statements are redundant with the people. Rather, Nigerians will most probably embrace executive pronouncements that are effective and feasible for all to see.

Gone are the days when the intelligentsia would want to pin down a political party, based on ideology. The word, ‘ideology’, is no longer marketable in Nigeria’s political lexicon. As a matter of fact, some political scientists have argued that the concept is dead and buried! But, again, it’s been argued that ideologies don’t die; they may have lost their currency; yet, they still exist - maybe, in their latent forms – to help shape ideas of political parties’ manifestos.

Remember Edwin Madunagu and fellow comrades in the early days of the introduction of the Marxian dialectics into the academia in Nigeria. For some of these academics, as it was with their colleagues in other parts of the world, the understanding of extant ‘political ideology’ of a state determines the social development trajectory and its pace in any given society. In the national dailies, Madunagu would clinically subject government policies to the critical analysis and scrutiny eye of the postulates of ‘dialectical materialism’ of Karl Marx. Thus, he would domesticate the Marxian theory and use it to examine the social condition of living of the average Nigerian.

Arguably, political manifestos and government policies were adjudged good or bad, based upon the outcome of the review of these academics, irrespective of the type or mode of government: military or civilian. Unfortunately, the trend in public administration has shifted towards market economy; and emphasis on political ideology has waned overtime. When Ibrahim Babangida came, the situation gravitated toward “a little to the left and a little to the right”, with the centre becoming totally disoriented and confused. By a twist of fate, Nigerians don’t even remember the meaning of ideologies or what they are all about again. The sad side is that political parties don’t even feel compelled to come with ideology-laden manifestos again!

As at today, the Nigerian society has ebbed to the point of a home-grown anomie; and the only way to arrest it is to truthfully arrest it. By that, we mean a total overhaul, which starts even from the family. Impliedly, whoever wants to rule Nigeria must have a concrete, benchmarked blueprint that must be executable in four years; and must hit the ground running! We have had enough of ‘we shall’, ‘we will’ and similar stuffs which never came to fruition. So, let whoever wins not come up with the present style which thrives mostly on feigned promises. A paradigmatic shift in public administration approach is inevitable.

Take for instance, Nigerians will want to know what a Bola Tinubu-led government will do to improve the security situation in the first three months of his presidency. If not, his presidency will be in trouble. To avoid that, all measures that will make terrorists, bandits, kidnappers, even common thieves come to terms with the fact that there is a new sheriff in town must be explored. If he wants to “lead from the front”, let him put on the uniform and lead his troops against the enemies of our land. If Sambisa Forest is harbouring our enemies, let him put on his armour and reclaim it. If he is going to hire foreign Cosmopolitan police, or mercenaries from Sudan, let him go ahead and get them to do the job. If he is going to bring the Sunday Igbohos of this world back to Nigeria and engage them against the murderous Fulanis and killer herdsmen, let him know that there is no time to waste again. Needless to repeat that the long overdue improvement in terms of security can no longer wait!

No doubt about it, Nigeria is wounded and Nigerians are suffering! In an enveloping ecology of poverty, where food insecurity is highly pronounced, citizens are dying young, courtesy of preventable diseases. So, it behoves the incoming government to address the economic hardship currently driving Nigerians mad. The frightening truth is that, if the number of the children of school age currently out of school is not reduced within the first three months of such a presidency, nobody will say that the government is doing anything.

A time like this in the life of Nigeria does not call for external borrowings that are not tied to feasible projects. Besides, the day our leaders realize that all they need to do to have headway is managing debts, not surpluses that will end up in some people’s pockets, the better for the system. But if we continue in our old ways, then, Nigerians have a long way to go!

One of the greatest problems confronting Nigerians is that our youths are not only unemployed but also unemployable because they lack relevant skills. It is even unfortunate that ability to read and write among Nigerian graduates can no longer be taken for granted. And that’s a big shame!

Lastly, let the incoming president know that rekindling the hope of Nigerians does not reside in giving them money. Rather, it should be about vision and creativity. It is about developing people. Lee Kuan Yew has shown that there hasn’t been a developed society without control or vision. In his time, Yew made sure that an average Singaporean child must work towards being a star and useful person in the society. There are academics and ideologists in Nigeria who still share the former president's dream. They can be of help! Those who have the skills to help us out are still available in our universities and other institutions of higher learning. We need them now to create another curriculum that will get new values inculcated in the younger generations of Nigerians. Enough of eating the crumbs that fall from the tables of our oppressors! Until we go back, fix the basics; rearrange our morals; then, give a sense of direction to generations yet unborn, it may be difficult for dear country to achieve anything.