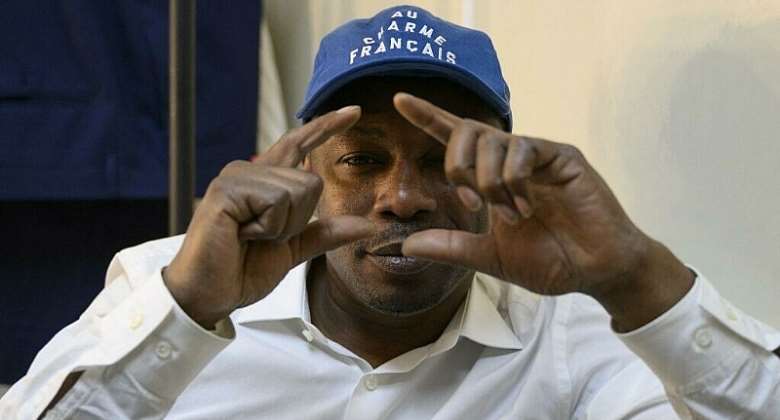 The concert was part of the France Rocks Summer Fest, a month-long celebration of French music happening in New York City this month, the largest festival of French music in the US.

French rap megastar Claude M'Barali, aka MC Solaar, surrounded by the New Big Band Project,an ensemble of chorus, brass, strings and drums delighted a thousand fans who danced in the rain at the free concert also organised by the French Institute Alliance Française.

"It is unbelievable, fantastic. It is the homeland of my musical genre so it is a great joy," explained MC Solaar before taking the stage for this New York version of the French Fête de la Musique, which was created in 2017.

"New York is called Mecca, Harlem is Medina and Brooklyn is Mecca," whispered the French artist and poet, born in 1969 in Dakar to Chadian parents, who has become an icon of music and song in 30 years and the precursor of rap in France.

For the composer and musician, known for his sophisticated literary texts, his wordplay and his groove and jazz musical influences, the New York megalopolis remains the "place of origin" of his art.

"Every time I meet an American artist or I have the chance to cross the Atlantic, something happens. It is as if I am making a pilgrimage," said the author of "Qui sème le vent récolte le tempo", his triumphant first album in 1991, which, 30 years later, still warmed up Central Park on Tuesday night.

MC Solaar, however, denies that he is "doing American rap".

"We managed to develop something uniquely French," explained the man who built his reputation in the United States by collaborating with the American rapper who died in 2010, Keith Edward Elam, alias "Guru" of the duo Gang Starr.

Also attracted by the sounds and lights of New York, the young trio of electronic pop rock Hyphen Hyphen said they "always dreamed of playing in America".

Formed right out of high school in Nice (southeastern France) in 2011, Hyphen Hyphen sing in English, a "universal" language, and have already built up an international reputation.

For their latest album, they wrote two tracks with six-time Grammy Award-winning American producer Glen Ballard, who played with them in Central Park and praises their "energy" and "seriousness".

Members of the electro mixtape group Bon Entendeur, from Aix-en-Provence in south-eastern France, Pierre Della Monica, Arnaud Bonet and Nicolas Boisseleau are equally "delighted" with their first ever performance in New York, "a symbol around the world".