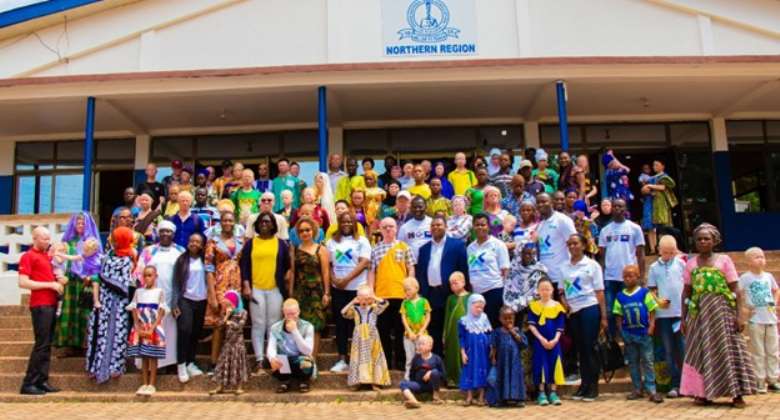 Standard Chartered is built on the strengths and capabilities of each and every one of its staff. The Bank views diversity, inclusion and respect for all as critical to its future success and is committed to promoting equality in the workplace as well as creating an inclusive culture where everyone can realise their full potential.

Promoting diversity and inclusion is right, and it makes sense. It is good for the economies in which we live, the businesses with which we work, and the communities we serve

In 2014, the United Nations General Assembly established June 13 as the International Albinism Awareness Day to create awareness and inclusion of Persons with Albinism (PWAs) to prevent attacks and discrimination against PWAs.

This year, Standard Chartered’s Diversity and Inclusion with the support of the Disability Wellness and Mental Health Network joined Engage Now Africa joined the Ghana Association of Persons with Albinism in celebrating the day in Tamale. The event was under the theme: "United in making our voice heard".

The event also focused on the risk factors of albinism which includes poor vision and skin cancers. Standard Chartered with support of Operation Eyesight Universal, organised eye screenings for all 100 participants including women and children, with referrals to various hospitals for follow-up care.

Speaking on behalf of the Association, Mr. Newton Katseku, Executive Director of the Ghana Association of Persons with Albinism (GAPA) called for more support in creating awareness and inclusion of albinism. He thanked the Bank for showing members respect regardless of their differences.

IMF a stop-gap measure, not permanent solution to revive Gha...
6 hours ago