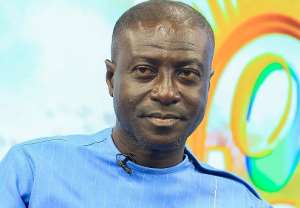 Ghana is a democratic state and not a failed state, or an animal kingdom where everyone chooses to do whatever he/she pleases regardless of the governing laws of the land.

When you read through the allegedly leaked WhatsApp chat between two “fix the country” front runners carefully, you realized that fix the country has now turned to ultra vires to the supreme laws of our sovereign state.

The ancient Greeks were the first to create a democracy. The word “democracy” comes from two Greek words that mean people (demos) and rule (kratos). Democracy is the idea that the citizens of a country should take an active role in the government of their country and manage it directly or through elected representatives. In addition, it supports the idea that the people can replace their government through peaceful transfers of power rather than violent uprising or revolution. Holding a demonstration in a democratic state is a right, guided by rules according to Public Order Act, 1994, (Act 491). Act 491, Section ‘1’ ‘2’ ‘3’ and ‘5’ as enshrined in the 1992 constitution, was explicitly spelled out the responsibility of the state (Police) and that of the demonstrators.

Demonstration is a constitutional right for every citizen to undergo to register their petitions of displeasure as a fundamental right in the country. However, the framers of the constitution set rules to follow and execute when undertaking such demonstrations in consonance to peace and tranquillity. The police must protect the protesters, other citizens and properties. The police according to the law, has the responsibility to regulate the demonstrators and offer protection after they are served with not less than 5 days notice of intention. No where in the law did it state that demonstrators should carry along weapons for their protection and in doing that, you are engaging in criminality with impunity. Hiding under the cloak of private security law to it the activities of the private security companies are regulated by the police, still cannot offer protection of that kind with live weapons on public demonstrations.

Going on a demonstration without these guidelines, is an illegal mobilization against the state of which there is no article or clause in Ghana's constitution that says a group of people can go on demonstration by hiring a private security personnels, and also armed themselves with live weapons for their self defence. The intention is barbaric and has the imminent circumvention of the law that can be described as an action of rebellion against the state.

It was surprising when I read the content of the alleged leak WhatsApp chat between the two members of the fix the country movement, that they are going to armed themselves on the day of their demonstration! Such an intended action has a high tendency of attracting terrorists at this time that the police has cautioned citizens to be on red alert with regard to the terrorist activities in the country after an indications of operating and having control in the subregion especially closed neighbouring countries.

When the so called Lawyer of the Fix the Country stated in his WhatsApp conversation “wait, I’m going add something more scary to the content”, what does that imply! It was clear that he wanted to used some innocent Ghanaians including the leading activists to achieved his selfish political ambition. Most innocent Ghanaians do not know that the so called Lawyer to the Fix the Country was a presidential staffer in the erstwhile Mahama’s regime, and currently standing trial for treasonable offence, he is pretending to be genuine and having the country’s at heart, such a ridiculous!

Fix the Country Movement could have been a good call if only it did not taken a political shade and that will have seen majority of the youths embracing it. The real intention has been relegated to the background with things started to fall apart amongst the members resulting in resignations.

We don't fix the country with terrorism approach. Those fronting the fix the country movement must be called to order and their activities must be monitored closely per the leaked WhatsApp chat, that clearly reveals their evil agenda to circumvent the constitution.

The police has acted swiftly by publishing an attachment to their letter of notice on their intended armed demonstration and also proceeded to acquire injunction to stopped such a rebellion protestation. The police must not end there and go ahead to effect arrests of whoever was behinds the letter and allow the law to wheel to it destination.

It is also alleged that, they front runners of the fix the country movement, have come out publicly to apologized about the content in their letter to the police service, that shouldn't disallowed the governing laws of the state to take it course, ignorance of the law is not an excuse in the law.

Nobody in the country is above the law, so anything that will go against the law, must be dealt by the law. What they planned doing was treasonable and bent to undermine Ghana's enviable democracy. The days of Political coup d’etat is over in the country’s history, and many of our youths were very young to have witnessed it excesses and have also failed to watch the 2001 Justice Amoa Sakyi’s National Reconciliation Commission proceedings to have such feel on the internet.

The vulnerable youths who have no visas to run away in any worse case scenario, must protect the peace we are gracefully enjoying and shunned from jumping into the bandwagon of some selfish politicians hiding behind the Fix The Country Movement’s to achieve their parochialism. The security apparatus must dealt with Any groups or persons attempting to plunge this country into a state of insecurity. An intention to organised a 3 day demonstrations alone is to plunge the country’s in a state of insecurity and the police must apply all the legal means to resist that to a day of protest.

Let us be measurable with our emotions and anger as Ghanaians and opens our eyes against some unpatriotic persons who wanted to play advantage to the difficult times to achieve their parochial gains, and do well to uphold the constitution at all times.

*Written by the Ashaiman's kwabena Yeboah the independent, fearless, and credible personality in Ashaiman*

Latest Photo Reports
Catch up with all the political quotes from our politicians.
Advertise here
More from Opinion
ModernGhana Links
Collective Efforts Must Ensure Ghana Wins!
A Reflection About The Chucrh And Its Employees
Thomas Amissah writes: IMF does not impose conditionalities
TOP STORIES