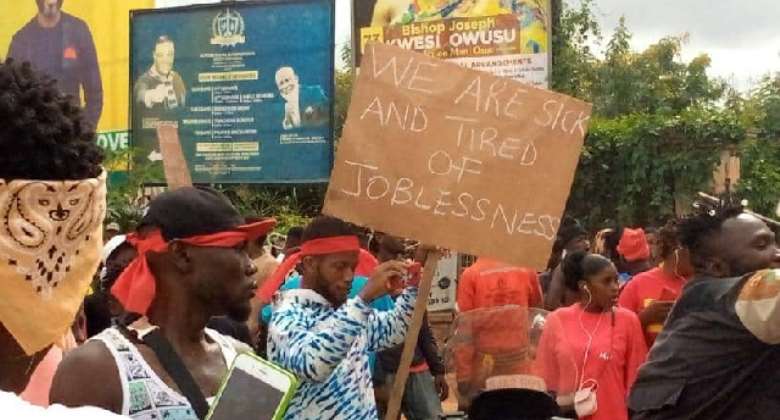 Some aggrieved youth of Obuasi and its surrounding communities in the Ashanti region hit the street to demonstrate over unemployment yesterday, Tuesday, 21 June 2022.

Wearing red-armed bands, marching through the principal streets of Obuasi, the angry youth from mining communities said: "we are hungry and need jobs".

The leader of the demonstration, Emmanuel Kofi Ayamga said they were engaged in community mining but Anglo Gold Ashanti, a mining company, stopped them.

He indicated that even though the mining company is located in the area, it does not employ them.

The youth, however, did not only deliver a petition to the Anglo Gold Ashanti to employ them but to the Municipal and District Chief Executives in the area to intervene.

They also demanded the release of abandoned land located at Keaneduakrom to them for rock mining.

The Municipal Chief Executive for Obuasi, Elijah Adansi Bonah who received one of the petitions promised to deal with their concerns.