The science of ozonated water: An important alternative to chlorine 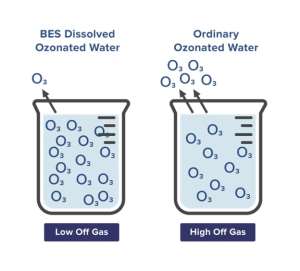 Ozonated water is water that has been treated with ozone gas. In this article, I examine the evidence on ozonated water, including how it is made, its uses, benefits, and potential weaknesses. The purpose of my scientific articles on natural remedies is to educate the public and not to provide medical advice.

Ozone is a colorless and odorless gas made up of three oxygen atoms. An article by Jillian Kubala, (2020) explains that in the gaseous form, ozone is an unstable molecule that can cause damage to the lungs when inhaled (as cited in Azuma et al., 2014).

A previous study by Elvis and Ekta, (2011) also found that when one dissolves ozone in water, the water becomes ozonated and could have some therapeutic effects, including antioxidant and antimicrobial properties. It can therefore be used for dental services, cancer treatment, and food safety techniques.

The Making of Ozonated Water 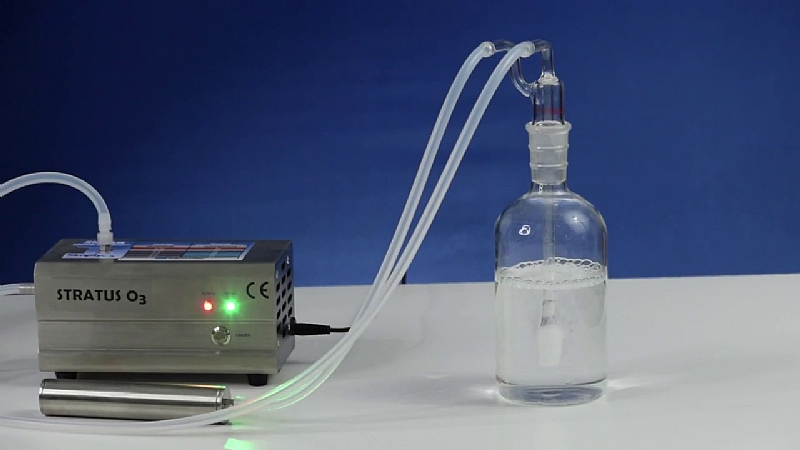 For one to make ozonated water, one needs to fill a cylinder with purified water and allow the ozone gas mixture to lather inside. The process can take about 5 minutes until the maximum saturation level is reached.

Ozone as a stand-alone gas is likely to cause havoc to the respiratory system. Hence, Ozonated water is the best to use than the ozone gas itself. Studies have demonstrated the therapeutic effects of ozonated water (Kuroda et al., 2015; Smith et al., 2017; Remondino and Valdenassi, 2018).

An article by Carrie Madormo and Erika Klein (2020) asserted that ozone in the olden days was prescribed to treat many sicknesses. The challenge was that they were based on introspections and not on science. This notwithstanding, according to Gerard V. Sunnen, (2005), a Medical Doctor agrees that some introspections were validated scientifically.

Due to the limitations and side effects of conventional cancer treatment, Höckel and Vaupel (2001) study found that ozonated water may improve the efficacy of chemotherapy drugs in targeting tumors. The same authors further warned that these findings were based on a rat study and that human trials had not been conducted.

In dentistry, Ozone is sometimes used as a treatment modality. Saini, (2011) and Tiwari et al., (2017) studies found that in dentistry, ozone is used to clear bad bacteria from the mouth and support the healing of oral wounds.

Anumula et al., (2017) study tested the efficacy of ozonated water on tooth decay as an alternative to a chlorhexidine mouth rinse. The study involved 23 adults who had salivary samples taken at 7 and 14 days of continued use of ozonated water. The study found that there was a momentous decrease in Mutans Streptococci, a bacterium found on teeth that increases the risk of tooth decay. This study was in agreement with Tiwari et al., (2017) who also found that administering ozonated water to an oral wound sped the healing process by increasing cell turnover.

Smith et al., (2017) study found that contact with ozone gas may trigger a stress response in the body. The study further notes that this response may activate the production of many antioxidants that help clear free radicals from the body.

Bonforte et al., (2013) further reported a case study of a 62-year-old woman which proved the effects of using ozonated water, in addition to antibiotics, to treat an infection (UTI). In this study, ozonated water was administered into the urinary tract 3 times over 1 week. The case study further found that the patient recovered from the UTI, and no reinfection reoccurred in the 4-month follow-up. We could however argue that this study examined one person using antibiotics and ozonated water at the same, hence, we cannot say whether the patient’s recovery was due to the ozonated water or the antibiotics. Nevertheless, Bonforte et al., (2013) found that ozonated water may speed the cell repair process, reducing bacteria and indications linked to urinary tract infections.

Apart from the antioxidant properties, Marco and Luigi, (2018) note that ozonated water may increase microbes’ sensitivity to antibiotic treatment.

Due to its antibacterial properties and ability to destroy industrial impurities, ozone is regarded as an important alternative to chlorine (Sunnen, 2005; Marco and Luigi, 2018).

Sunnen, (2005) further explains that one city in Germany and France became the first in 1901 to use ozone to purify drinking water. Sunnen, (2005) also posits that, in the modern dispensation, there are over 3,000 cities employing ozone to purify their drinking water. A recent study by Sarron et al., (2021) reports that the United States Food and Drug Administration (FDA) listed ozone as “generally recognized as safe” when used in bottled water as well as food.

Ozonated water is also effective and safe to wash fresh vegetables to decrease the bacteria loads on the surface and support preservation (Beltran et al., 2005; Sarron et al., 2021). It should however be used in a controlled environment.

A study by Zhang et al., (2019) found that ozone gas is regarded as a pollutant, and produces an inflammatory response that is likely to trigger airway damage if ingested. Zhang et al., (2019) also explained that short-term exposure is known to worsen respiratory symptoms in adults and children.

Two studies (Kavlock et al, 1980; Salam et al., 2005) found that ozone might contribute to low birth weight if exposure takes place during the second or third trimester. An extensive review of the literature has revealed that most studies examine the effects of ozone gas rather than the effects of ozonated water. Additionally, there does not appear to be any research linking respiratory symptoms or low birth weights to ozonated water ( Fatima Hallal, 2021).

In summary, Fatima Hallal, (2021) asserts that ozonated water has antibacterial and antioxidant-promoting properties. Additionally, according to the scientific literature, if Ozone is managed safely, is likely to avert tooth decay, lessen bladder cancer risk, purify drinking water, and improve the effectiveness of cancer treatment.

The writer is a Professor of Naturopathic Healthcare, President of the Nyarkotey College of Holistic Medicine & Technology (NUCHMT), and the African Naturopathic Foundation. E-mail: [email protected].