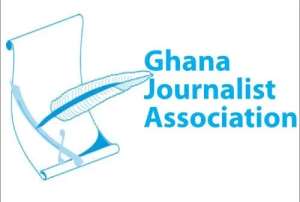 In his resignation letter sighted by DGN Online, he stated that “I am by this letter indicating that I have resigned as the Chairman of the Elections Committee of the Ghana Journalists Association.”

He however did not state his reason for resignation than to say “it is personal’ but some persons believe it is as a result of elections manipulation which he appears to be uncomfortable with hence the resignation.

Members of the Ghana Journalists Association are expected to go to the polls on Friday to elect new officers to stear the affairs of the association for the next three years.

The elections should have taken place sometime in September/October 2020, but due to internal wrangling that did not happen.

According to the Constitution of the Association Article 15 clause (c): “All members of the National Executive shall hold office for a term of three (3) years and shall be eligible for re-election”.

For nearly 18 months, the national executive officers have illegally stayed in office without recourse to the members of the association.

In 2017, the same illegal staying in office occurred, and it took a lot of pressure from some senior members of the association to have the elections held. This time round, it took a member to issue a court process in May 2021 to force the executive to prepare and hold the election.

The statement of claims filed at the Accra High Court were that the first defendant, Roland Affail Monney and the entire national executives' (second defendants) tenure of office terminated on November 17, 2020, and therefore cannot set up an election committee to conduct any form of election for the association.

The claims further stated that the action so far taken by the Election Committee, which was the third defendant in the suit, was therefore against the very constitution that set up all the defendants.

Among the reliefs the Plaintiff sought from the court were an order against the defendants from holding themselves as officers of the association; an order for the appointment of an Interim Management Committee; declaring of all the actions of the defendants from November 17, 2020 to date as null and void, and any other orders as the court deems fit.

Like the 2017 court case which challenged the constitutionality of the national executives and the Election Committee under the chairmanship of Benedict Assorow, the parties in the 2021 court case also went for an out-of-court settlement with the hope that reason will prevail.