Is It Brain-Damage Or Brain-Drain? 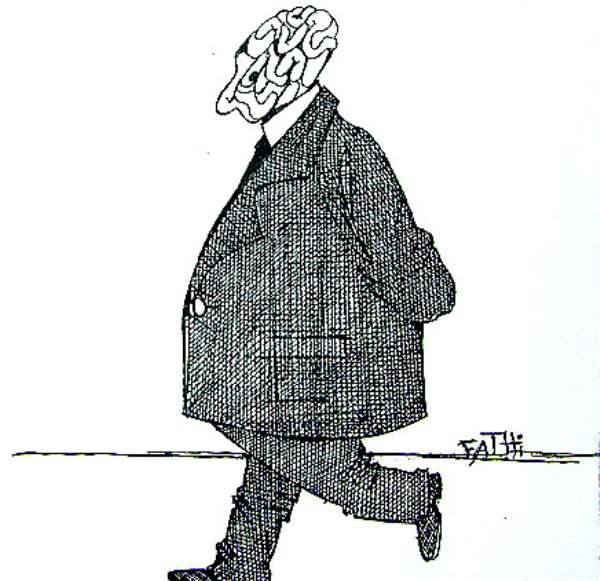 The subject of brain-drain has been hotly debated since the late 1960s and early 1970s and well into the present. It is a term that is routinely used to characterize the perceivedly massive efflux or exodus of highly trained academics and professionals on the African continent, in our case, but the so-called Third World in general. To limpidly appreciate this sticky question or subject, it bears quoting from a recent article posted on the Internet edition of the British Broadcasting Corporation (BBC-News): “Africa is suffering because many of its best minds leave for richer parts of the world – more than 10,000 left for America or Europe in 2003 alone.”

Indeed, the fundamental problem with the raging discourse on brain-drain is that the discussants almost invariably put the proverbial cart before the horse. Rather than prefacing the question in terms of causes and solutions, the tendency has almost invariably been for policy-makers and others alarmed by the issue or situation, assuming that brain-drain, indeed, exists, to simply and facilely lament reactively. And here, of course, lies the paradox – what William Shakespeare clinically termed as “the rub.” Needless to say, it is a paradox because the manner in which this question is broached glibly presupposes the infantile innocence, as it were, of those highly trained African, and other Third World, academics and professionals who make the meticulous decision of leaving their homelands to seek the proverbial “greener pastures” elsewhere. And other than a handful – such as the Soyinkas, Mazruis and Achebes – whether these allegedly highly trained professionals actually get to serve in positions commensurate with their qualifications, in their chosen polities of sojourn, is a wholly different question. For even as we write (4/7/04), there are tens of hundreds of very talented continental African professionals resident here in the United States, for example, who are woefully under-employed. Many academics with two decades of professional experience, and many of whom served as heads of departments in colleges and universities back home, have been abjectly reduced to working as adjunct instructors at community colleges and vocational institutions, hardly the kind of elite environments that foster the sort of pioneering or cutting-edge research and pedagogy that many of them undertook back home. And if, indeed, such substandard status is what many of these hitherto intellectual titans of the African continent have been reduced to abroad, then one may logically ask: Just what motivates them to continually keep “moving offshore” for other alternatives?

In sum, it is our bold and unabashed contention that the debate on brain-drain is patently absurd and outright dishonest. For if, indeed, the best brains of the continent appear to be deserting their homelands in droves, then what ought to be frankly discussed is the pathological and regressive political climate that clearly seems to militate against intellectual freedom and growth or development. For, in reality, what has been happening in Africa over the last forty years are untold attempts at the systematic destruction of any formidable intellectual culture by the myriad dictatorships that blight the land. In fine, what has actually occurred is a systematic brain-damage or lobotomizing of African intellectuals; and this is why it is patently absurd for any intelligent person to be lamenting this logical response to intellectual genocide and extinction. Not very long ago, during the infamous regime of Ghana’s Flt.-Lt. Rawlings, a mass communications lecturer at the University of Ghana, Legon, by the name of Mrs. Amoakohene – or some such name – was issued a death threat because she dared to speak and write articles constructively critical of the government. Of course, the government vehemently denied that it had anything to do with the death threat.

In the aforementioned news article from the BBC, a Professor Chacha Nyaigotti-Chacha, executive secretary of the Inter-University Council of East Africa, makes the following comment to a reporter: “I think it takes quite a lot of investment to prepare somebody up to a Ph.D. or a good Master’s, and put him in [to?] research or teaching in a university to prepare other people. When you lose such a person, it means [that] you have to start again, to prepare another person to come and fit into the shoes of the one [that] you have lost.” Indeed, not only is the keen and well-meaning reader quaintly struck by Professor Nyaigotti-Chacha’s tentativeness regarding the actual investment employed in the training of African intellectuals and professionals, one also wonders whether the executive secretary of the Inter-African University Council for East Africa really understands just what he is talking about. Of course, the answer is “Not”; which is why he can only speculate by opining that: “I think it takes quite a lot of investment to prepare somebody up to a Ph.D. or [a] good Master’s” degree. Indeed, were he that honest, he would have truthfully observed that more than 75-percent of doctorate holders on the African continent, particularly the so-called Black Africa, obtained these degrees abroad. And to be certain, most African governments, until quite recently, preferred to invest their countries’ monetary and human resources in otiose arms build-up to prepare themselves for politically-induced tribal wars, rather than intellectual, cultural and technological development. For instance, during the 20 years that Ghana’s Flt.-Lt. Rawlings wielded both legitimate and unorthodox authority, the universities were shuttered half of this period, which means that no meaningful intellectual discourse or research took place at the nation’s flagship academies. Meanwhile, even when they were in session or operation, the universities woefully functioned under capacity, with student intake virtually at the same abysmally low levels as during the colonial era; meanwhile, the population of the country had more than doubled. It has been only during the last ten years that private and parochial universities have been allowed to be established to cater to the burgeoning needs of the country. Even so, Ghana continues to be ranked as the most literate and technologically advanced in the West African sub-region. It is also, interestingly, the most democratic.

In short, as the maxim goes: “One cannot reap where one has not sown.” And until African governments get about the serious business of viable educational investment, particularly in the critical area of post-graduate education, any talk of brain-drain is bound to be deemed sheer hogwash. But, perhaps, the most significant equation in the discourse on brain-drain is the professorial condition of service. One lecturer at Uganda’s renowned Makerere University casts matters even more quaintly: “I’m very proud to be working at Makerere – it’s the Harvard of Africa…. There are so many opportunities here if you can use your head…certainly the pay isn’t good, but – I am talking in my personal capacity – you’ve got to use your head to be [and be?] innovative. You do research, you do consulting work, and you subsidize [supplement?] the pay you get.” Maybe the speaker of the preceding quote, Mr. Asingwire Narathius, of Makerere’s social work department, is an Idi Amin legatee or heir. Of course, we have no reason to begrudge him for “using his head.” But, then again, could we also begrudge those African professors who feel that they can best use their heads by going abroad? I mean, we are talking about a country with an unemployment rate above the 50-percent mark and partly war-torn. And then, isn’t it rather ironic that amidst the continent’s highest rate of HIV/Aids epidemic sits the Harvard that is Mr. Narathius’s image of Makerere University? *Kwame Okoampa-Ahoofe, Jr., Ph.D., teaches English and Journalism at Nassau Community College of the State University of New York, Garden City. He is the author of PAA: A TRIBUTE (iUniverse.com, 2004), a collection of poetry.