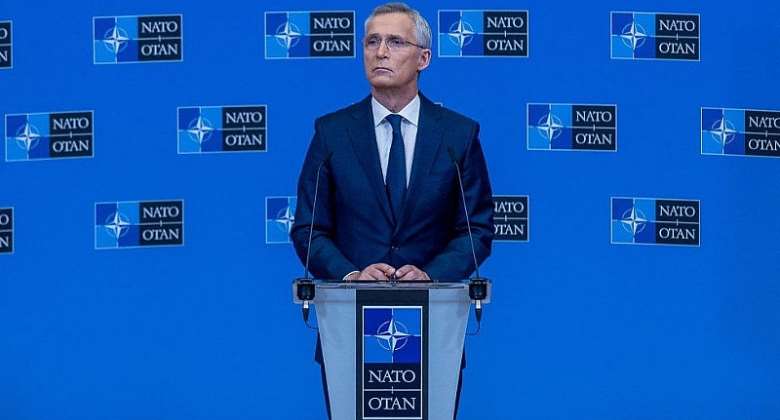 The West must prepare to continue supporting Ukraine in a war lasting for years, Nato’s chief warns.

Secretary-General Jens Stoltenberg said the costs of war were high, but the price of letting Moscow achieve its military goals was even greater.

His comments came as UK Prime Minister Boris Johnson also warned of the need to brace for a longer-term conflict.

“We must prepare for the fact that it could take years. We must not let up in supporting Ukraine,” the Nato chief said in an interview with German newspaper Bild .

“Even if the costs are high, not only for military support, also because of rising energy and food prices.”

The Western military alliance chief said that supplying Ukraine with more modern weapons would increase its chances of being able to liberate the country’s eastern Donbas region, much of which is currently under Russian control.

For the last few months Russian and Ukrainian forces have battled for control of territory in the country’s east – with Moscow making slow advances in recent weeks.

Writing in the Sunday Times , British Prime Minister Boris Johnson accused Russia’s Vladimir Putin of resorting to a “campaign of attrition” and “trying to grind down Ukraine by sheer brutality.”

“I’m afraid we need to steel ourselves for a long war,” he wrote. “Time is the vital factor. Everything will depend on whether Ukraine can strengthen its ability to defend its soil faster than Russia can renew its capacity to attack.”

The prime minister, who visited Ukraine’s capital on Friday, said supplies of weapons, equipment, ammunition, and training to Kyiv needed to outpace Moscow’s efforts to rearm itself.

Ukrainian officials have spoken bluntly in recent days about the need to boost the supply of heavy weapons to the country if Russian forces there are to be defeated.

On Wednesday the country’s Defence Minister, Oleksiy Resnikov, met some 50 countries in the Ukraine Defence Contact Group in Brussels to ask for more arms and ammunition.

The country’s Western allies have so far offered it major weapons supplies but Ukraine says it has only received a fraction of what it needs to defend itself and is asking for heavier arms.

Russian officials often criticise Nato military support for Ukraine and in an interview last week with the BBC the country’s Foreign Minister, Sergei Lavrov, cited the prospect of Ukraine joining the Western alliance as a reason for the invasion in the first place.

“We declared a special military operation because we had absolutely no other way of explaining to the West that dragging Ukraine into Nato was a criminal act,” Mr Lavrov told the BBC .

Ukraine is not a member of Nato and although it has expressed a wish to join there is no timeframe for this.