Man who arrived at KIA from US confirmed dead 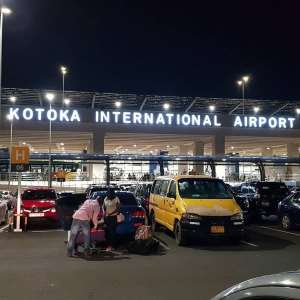 Astatement issued by the management of the Ghana Airport Company Limited (GACL) on Saturday, 18 June 2022, disclosed that the man arrived at the KIA in the company of a relative at 10.20 am.

According to the statement, the man complained of difficulty in breathing and tiredness.

The Ground Handler therefore offered the man a wheel chair.

He however became unconscious at the arrival hall and was given medical attention.

He was unresponsive and was taken to the Airport Clinic but passed on.

“In line with protocols, the Airport District Police station was immediately informed.

“Ghana Airport Company Limited has commenced an investigation into the incident,” the statement said.

Management of the GACL also extended “its deepest condolences to the bereaved family.”