Voters are always to blame 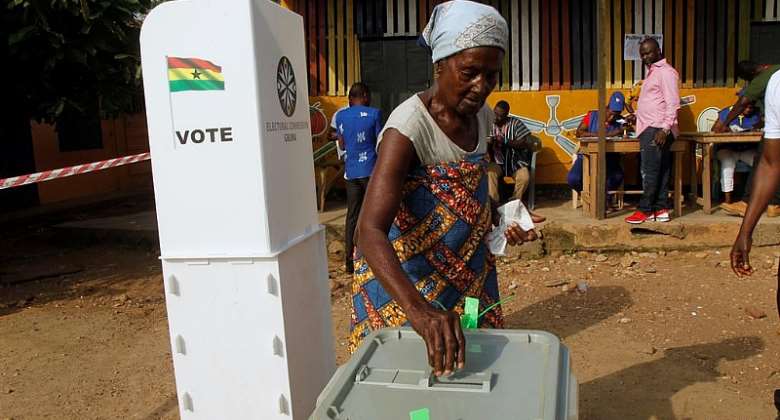 Voters are citizens of a nation. In the democratic setting have the right to vote each 4-5 years for their political leadership in power. Their judgment for the right, wrong or pretending candidate for the top job lays entirely in their hands according to the nation's constitution. Is it the leaders to be blamed for or the electorate when leaders fail their people and what lessons must be learned?

In African societies, Presidents committed great harm to the people walk away unpunished. In the world of the white man, they either are ousted from the top job in shame or procedures in the court of the law sitting behind bars.

Any worker gets fired by his boss when causing financial loss to the company in higher positions insurance companies covers the damage caused by wrong decisions. Voting out political leaders each time their time in office ends is not a good sign of a matured society.

Former Ghana President JD Mahama witnessed on June 3rd, 2015 at Goil Petrol Station (Kwame Nkrumah Circle) the death of 150 innocent Ghanaians, failed in his pledge to compensate all victims sufficient enough. While giving interviews never initiated or asked to be initiated a court hearing to this effect. The underground tanks of the Goil Petrol Station at Nkrumah Circle were not resistant to the heavy flooding that night even though such tanks were not supposed to leak out any diesel or petrol. Goil never stood in court for having to pay compensation.

Malcome disaster times before with 6 casualties and many people trapped was seen by former AMA CEO Mayor of Accra, Alfred Oko Vanderpoye as the biggest single tragedy in the history of the country. Announcing into the cameras of the International media houses he confidentiality proclaimed anyone responsible for the disaster will be held accountable. His investigation showed that the building had been granted to be used as an office building not suitable to hold the heavy load of a supermarket like Malcolm. The owner of the building and the AMA should have been prosecuted as they knew about the conditions of the building and the tenant using it. In the western world the Mayor, even not directly involved, would have resigned as a symbol of the failure of the staff he had to supervise. But in Ghana, no one cares even sending the Mayor as MP into Parliament. Former President JD Mahama knew about these two cases but was never moved nor shaken.

The collapse of Merchant Bank in 2013 was because the younger brother of the former President JD Mahama, Ibrahim Mahama, CEO of Engineers and Partners did not pay back his loan gotten of $ 40 Mio. and did not file for bankruptcy for not doing so and to top it off all even not forced by Merchant Bank to file by force to go into administration. The highlight was the March 2014 Press conference. The question of a journalist why he had not intervened was answered by JD Mahama that he as a President of a democratic society cannot take action as someone had taken the matter to court. That he could have taken. actions months before he deliberately put under the carpet of public discourse.

The collapse of the Komenda Sugar Factory, spending money on the sort cutting and launching of projects by parading endless car caravans, the Airbus scandal, and the list goes on are directly linked to him as a person and not the person holding the office of President.

The list of the current President of Ghana is an issue of high blood pressure never-ending except by latest in 2024 if the wise military will not wake up and act on their given mandate.

Conclusion: do not blame the political elite for your failure as voters but look inside the problems you have to establish the correct system you want and the correct people to perform well for you.

[Audio] 'Because of Mr Akudugu you want to destroy me, It wo...
50 minutes ago