The N100m Kidnap of Methodist Archbishop, The Glory has Departed South East 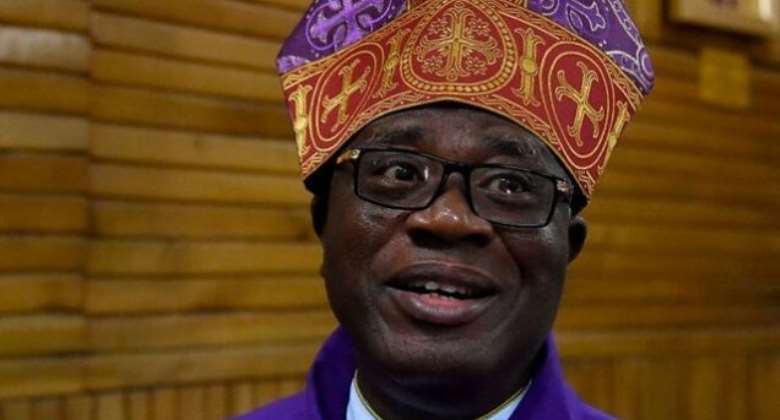 The kidnap of the Prelate of Methodist Church, Archbishop Samuel Kalu Uche by Fulani herdsmen in his home zone and ransoms of N100m naira is another sign that The Glory has Departed South East and it is a troubling development.

Archbishop Kalu Uche is one of the frontliners of the gospel revival that broke out in the South East after the civil war. He is among the second generation fearless gospel warriors, who took the gospel fearlessly to many parts of the north especially Kano.

Therefore, Archbishop Kalu Uche is a spiritual colossus by all standards. This great servant of God was kidnapped in his home zone by Fulani bandits, alongside Bishops Dennis Mark, and the Prelate’s chaplain. When a prelate, not just an empty prelate, but a prelate who has paid the price, is kidnapped and N100 million naira given to criminals for his release, then something is wrong with the spirituality of the environment.- and the environment this time around is South East..

Ten days before the unfortunate kidnap, the secessionist group, IPOB, forced Pastor W F Kumuyi to cancel an international Crusade holden in Aba, and some stupid pastors didn't know the implications. I warned in the 2nd piece titled 'Cancelled Kumuyi's Aba Crusade and Stupidity of Igbo Pastprs' that the Men of God who allowed IPOB cancel an international crusade in Aba are stupid, and that murderous and paganististic activities of IPOB will attract curses to Ndigbp.

The next day some persons beheaded a lawmaker. The following day, a pregnant woman and her four children were murdered by same IPOB.

I wrote in the last warning ' Cancelled Kumuyi's Aba Crusade- as God's Glory Departs South East' just few days to the kidnap of the prelate, and warned that by the time the two political parties disgrace Ndigbo, we shall understand that the Glory has Departed.

Few days later Igbos were disgraced at the PDP convention, and they all, with tail behind the buttocks, clutched to Peter Obi as the new savior.

Few days later again, a foremost Archbishop and Methodist Prelate, Kalu Uche, who has paid his dues since the gospel revival in the South East and carried it to the North, was kidnapped in his homeland, and the church paid N100 million to Fulani bandits for his release.

The Glory our Fathers Received after the Civil War, The Famed Pentecostal Revival, It creeped into Orthodox Churches- has now departed.

The present crop of blind pastors has surrendered it to IPOB's brand of mixed Judaism, Paganism, Occultism and Ritualism.

Since some filthy hands manhandled an exalted Archbishop, lots have happened in the South East., and more will happen between now and November 2022, then blind pastors and their blind followers will understand the meaning of ‘The Glory Has Departed ‘

When I heard from multiple sources that Archbishop Uche was kidnapped, I warned church leaders few hours after he kidnap that they should stop shouting ;Holy Ghost Fire’ and ‘Raining Curses’ on the abductors. Rather they should do everything humanly possible to secure his release, including fishing out his abductors. I Was glad that his church members in Lagos did not wait for any ‘Holy Ghost Fire’ or ‘Ancestral Curses ‘ of ‘Touch not my Anointed’ before paying for the release of the prelate.

While we celebrate his release, the omen does not call for any celebration. The spiritual signals of impending ill wind is visible, and as a Prophet with Proven Records, I can discern Evil Omen In the Air .

I warned many church leaders in the South East, few hours after the kidnap that ‘The Glory Has Departed South East‘ I will not go into any argument with blind pastors and their blind followers, by November 2022, we shall take stock.

Rev Obinna Akukwe have written severally, and warned that the manner pastors, priests and prophets in Igboland are supporting the murderous hate filled activities of IPOB in the name of secession, including their paganistic, occultic and ritualistic bloodletting, will one day boomerang. When IPOB unilaterally cancelled Kumuyi’s Crusade at a critical point in Igbo political history, I warned that the act is dangerous, and that Stupid Igbo Pastors cheering the exercise will soon have their hand filled. ,

Rev Obinna Akukwe is reiterating again, what I have put in public domain, 'The Glory of God Has Departed South East'. Let our prophets and prayer warriors begin to get the people prepared, and plot how to bring back the Glory.