Cost of menstrual pad, a challenge for girls in deprived communities in Bono East 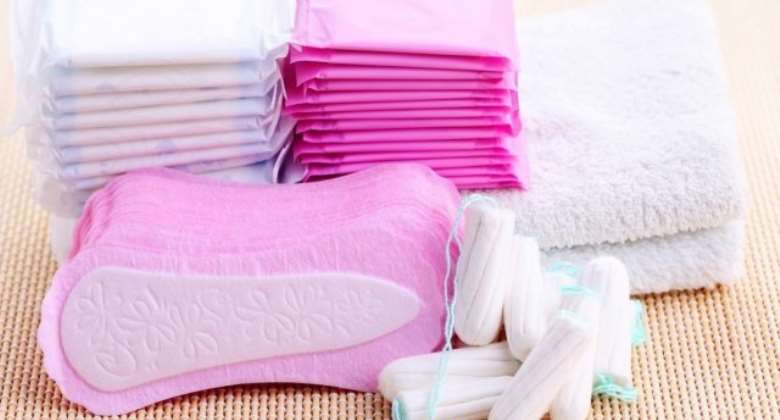 One would wonder why girls in most deprived communities across the Bono East Region continue to have night mares when it’s time to experience their monthly menstrual periods.

The natural process of releasing fertile egg from a woman’s ovary every month and consequently breaking and turning to blood which many term as menstruation has in recent times become a worry to many adolescent school-going age girls in most deprived communities across Ghana.

This natural phenomenon continues to saddle these young girls the moment it was time to have their menstruation any time of the month.

The phenomenon affects their well-being including socialisation with members of the society, performing house choices such as fetching water from the community source of drinking water, cooking and even playing with their peers simply because girls in these areas could not afford to buy and use menstrual pads during their menses. This however makes it difficult for them to move about due to the flow.

Girls in these communities are deprived of their fundamental human rights including access to quality life, education and health due to the cost and the inability to afford menstrual pads for their menstruation at the end of every month which comes as a result of no fault of theirs.

In native deprive communities such as Aworopataa, Ebomso and Akisman among others where the people are basically peasant farmers and could barely afford the three square meals a day, a parent would have to spend about GHC50 to GHC60 to buy menstrual pads for his or her daughter during menstrual period.

At a day durbar at Aworopataa, a farming community near Techiman in the Bono East Region to mark World Menstrual Hygiene Day organized by Women Integrated Development Organization (WIDO), a nongovernmental organization working to empower women and develop their capacity in deprived areas highlights some challenges facing girls during their menstrual period which continue to affect them both socially and psychologically.

The day was under the theme “World where no Woman or Girl is held back because they Menstruate by 2030”.

Miss Hagar Akosua Jolinso, an 18-year-old third year student of the Ebomso-Aworopataa Junior High School shared her ordeal during her menstrual period and said due to the high cost of the pad she resort to using rags and other unhygienic materials to contain the flow.

Miss Jolinso lamented that she experience heavy flow every month. She added that one set of pad is not enough but her parent are not able to afford the cost of a pack of pad. According to her, this has become a source of nightmare to her any time she is about to experience her menses.

Miss Alberta Fosuwaa, first year student of the Aworopataa Junior High School and her friends express worry over the cost of menstrual pad which goes for GHC12.50 in their community. She indicated that they are not able to afford it so they sometimes seek favours from men and boys who could help them buy the pads at the end of every month. She stressed that the only option left for them is to use unhygienic materials such as rags which eventually give them infections.

Mr David Bagonluri-Paapa, Executive Director for WIDO expressed worry over the high cost of menstrual pads which has become a fundamental problem for adolescent girls since it was a major factor that borders on their well-being.

Mr Bagonluri-Paapa indicated that the cost of menstrual pad has denied most girls from gaining access to quality education every month because they absent themselves from school whenever they were experiencing menstruation.

In his view, Mr Bagonluri-Paapa advocated for government and its partners to scrap or review the tax component on menstrual pad to enable girls access it easily during their menstrual period.

He explained that the universal Sustainable Development Goals (SDG’s) has created the opportunity for all human beings to have access to quality livelihood be it health, education or the general well-being. He added that to achieve this welfare, it is appropriate for stakeholders such as government and its partners to devote effort in providing answers to these problems now to safeguard the welfare and future of these girls.

Madam Rita Opoku and Theresa Serwaa, Public Health Nurses from the Techiman Municipal Health Directorate took the girls through personal hygiene during and after menstrual periods and demonstrated the use of the pad during menses as well as ways to dispose of them after use.

The public health officials urged the girls to desist from unhygienic practices as it could cause infections that would affect them in the near future.

The NGO later presented two packs of menstrual pads each to the girls and urged parents to continue assisting their girl child as they were good assets in life for the family and the community at large.

We will refund monies to Muslims we couldn’t fly to Mecca – ...
5 hours ago