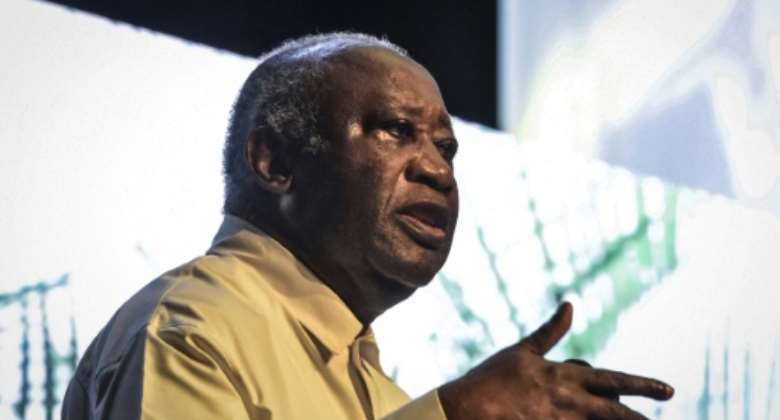 Despite his turbulent record, Gbagbo remains a hero to many poorer Ivorians. By Sia KAMBOU (AFP)

A year ago, former president Laurent Gbagbo returned to his native Ivory Coast after being acquitted abroad of war crimes, to a reception where triumph mixed with dread.

To many poorer Ivorians, Gbagbo was their champion, a hero who had been wrongfully put through the grinder at the International Criminal Court (ICC).

Others had different thoughts.

They nursed memories of Gbagbo's traumatic decade in power, which culminated in a conflict that claimed several thousand lives after he refused to accept electoral defeat.

Regardless of their viewpoint, many Ivorians expected Gbagbo to leap back onto the political stage, benefiting from a crisis that beset President Alassane Ouattara, his former adversary.

But to widespread surprise, the 77-year-old has stayed in the wings.

"Apart from two or three public sorties during trips to the provinces, we haven't seen the thunder and lightning (from Gbagbo) that we expected," said Arthur Banga, a political analyst.

In a statesman-like move that won him much praise, Gbagbo met with Ouattara -- the man who forced him from power and sent him to The Hague -- in a show of reconciliation.

Gbagbo and Ouattara are among the handful of ageing men who have shaped Ivory Coast over nearly three decades, in the footsteps of the first post-independence president, Felix Houphouet-Boigny.

Gbagbo has a reputation as a relentless, dyed-in-the-wool politician.

Many take it as a given that this crowd-pleasing warhorse of the left wants to stay in politics rather than retire.

In October, Gbagbo abandoned the party he had founded, the Ivorian Popular Front (FPI), and launched the African Peoples' Party (PPA-CI) -- a leftwing pan-African group.

Most of the senior members of the FPI have followed Gbagbo, but there are two heavy-hitters who have not.

They are his wife Simone Gbagbo, whom he has asked to divorce, and former prime minister Pascal Affi N'Guessan, with whom he is politically at odds.

"People thought that he would get a boost from getting out of jail but it hasn't been as easy as that," said Banga. "He hasn't been able to unify the Ivorian left."

Gbagbo has been careful not to take aim at Ouattara since his return, other than throw a few barbs over his successor's bid for a third term -- a plan that led to scores of deaths in pre-election violence in 2020.

Indeed, his MPs this month even voted in favour of the government's candidate for speaker of the National Assembly, Adama Bictogo.

"There's no incompatibility in working for reconciliation and in being an opponent," said the PPA-CI's spokesman, Justin Kone Katinan.

"Laurent Gbagbo is a man of the opposition, and we differ with the government on many issues," he said, pointing to the country's debt, development programme and foreign policy, among others.

Some commentators suggest Gbagbo's moderate stance may stem from the fact that his legal clouds have still not completely dispersed.

He was acquitted last year by the ICC for alleged war crimes committed during the 2011 civil conflict, but remains under the threat of prison at home.

Smiles: Gbagbo, left, and Ouattara last July at the long-awaited meeting between the two former rivals. By Issouf SANOGO (AFP)

An Ivorian court handed him a 20-year term in absentia in 2018 over the looting of the Central Bank of West African States (BCEAO) during the country's post-election crisis.

"The sentence forces him to keep a low profile. The government can launch the judicial process (against him) any time it likes," said analyst and writer Geoffroy Kouao.

Gbagbo could be playing a longer game and have an eye on the presidency in 2025, say some. A key gauge of his chances will come in municipal and regional elections next year.

But, cautioned Kouao, "his advanced age is a political handicap in a country where young people and public opinion are more and more against ageing rulers.

"Politically, today, Laurent Gbagbo is more a name, a symbol, rather than a reality."