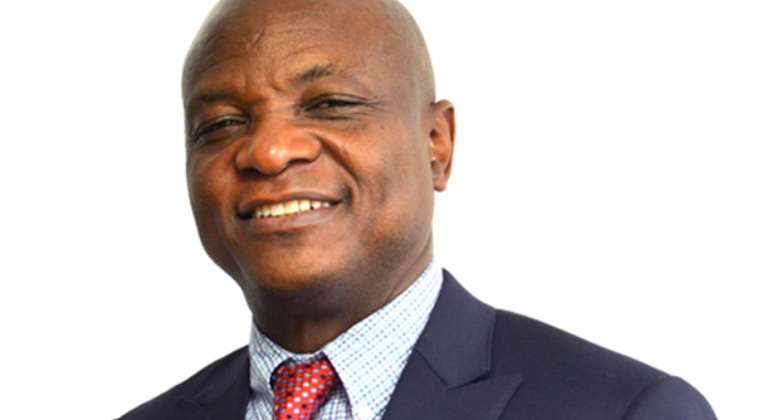 On a huge hill, Cragged and steep, Truth stands and hee that will Reache her, about must, and about must goe. - John Donne (English Poet: AD 1600)

You may like or hate Togbe Afede. Free speech enhances democracy. You must give room for others to express their view, like you. Evelyn Beatrice Hall (28th September, 1868 to 13th April, 1956), writing under the pseudonym Stephen G. Tallentyre, scripted “The Friends of Voltaire” (the biography of Voltaire) and the phrase: “I disapprove of what you say but I will defend to the death your right to say it”, insisting that the phrase was one of the 18th century philosopher Voltaire's beliefs – the principle of freedom of speech. John Fitzgerald Kennedy used to quote Edmund Burke: “All that is necessary for the triumph of evil is for good men to do nothing”. So, principle remains principle, sans politics, sans personal biases.

Discount the fact that Togbe Afede, the Agbogbomefia of the Asogli State, is a Vandal, and so are we. For, at that level, we must have assimilated (consciously or unconsciously) the Commonwealth Hall's motto: “Truth Stands”). And Arthur Kennedy, who thought of chasing the elephant into the bush will “fiercely resist” and proclaim: “Regardless of Togbui Afede's motives for returning the ex-gratia, it is a thing we should celebrate. We do not support good acts only because whoever did these acts has always been a saint … This will inspire more soul searching … by others who served on the Council of State with him … soul searching by Parliamentarians who have gotten ex-gratia five or six times, something you are supposed to get for only one retirement … lead to an honest re-examination of Article 71 benefits and the fact that it is becoming organized stealing …”

Global Old Vandals would posit: “We support you and we are not surprised you took that stand… Your act has brought you lots of praise from all manner of right-thinking people which you deserve. Council of State positions are for people who have made it financially in life but intend to serve their nation to give something back to society, but have become an avenue for those who serve on it to make money and one such way is the payment of ex-gratia … The amount you returned, GH₵ 365,000.00 for one-term of 4-year service and for a non-full time position is very huge as compared to other government workers whose pension for working their entire life is nowhere near that amount …”

Discount the fact that we were invited once to the Asogli Te Za (Yam festival) at Ho sponsored by tall, handsome Francis Stephenson and we savoured the close inter-personal relationship with Togbe Afede and the gyrations of the beautiful ladies in the Borborbor and Agbadza dances.

Then, we recalled: An agency working under one revenue collection institution came to our office carrying a huge “Ghana Must Go” bag, and offered us an envelope and said we should sign for receiving the envelope. How much was in the envelope? Just sign. No, we can't. The messengers were shown the exit. No kudos for this: rather, it was the “too-known” attitude that was blamed. Or think about resigning from the “Confiscated Vehicles Allocation Committee”. Of course, the mens rea and actus reus were both intact. Honesty and patriotism would not allow us to “seize” vehicles when the importer (and shipper) is ready to pay duty and penalty, and allocate the same to family and friends.

We recalled our write-up in the Daily Guide of July 29, 2021: “A Noble Deed by Noble Ladies” and our usual catch-phrase was: “Great minds discuss ideas, average minds discuss events, small minds discuss people” by Eleanor Roosevelt, U.S. First Lady (1933-1946). We could not understand why people, including Lawyer Amanliba were criticising the First Lady, Rebecca Akufo Addo for taking her allowances. To spite her critics, the First Lady issued a cheque for GH₵ 899, 097.84 to give back to the State, and Samira Bawumia was getting ready to refund all allowances paid to her since she assumed her position. Professor Kwaku Asare (Azar) had reminded Ghanaians that the payments to the First and Second Ladies violated the 1992 Constitution. The concluding part of our write-up was: “… For us, whether Lordina Mahama refunded her allowances or not, we stand at attention to salute the beautiful Rebecca and the dazzling Samira for the noble gesture. They have plastered the mouths of the “against” people. There is everything noble about what they have done -and nothing ignoble.”

Then, when the Council of State offered to cut their salaries by 20%, following the President's announcement of cutting the Ministers' salaries by 30% we said “Halleluiah”. And a taxi-driver, Kwesi Ackon, was hailed to the heavens when he returned a fish-monger's GH₵ 8,400 she had left in his car. Of course, Asiedu Nketia would wade into the controversy: “Some of the people criticizing Togbe Afede for returning the ex-gratia and the taxi-driver who returned the fish seller's money, what's the difference? Or are we saying when it is an individual's money you've done well, but when it is the State's money, it is no news? It affirms the posture and perception of some people that state properties must be looted…”

Paul Adom-Otchere, host of Metro TV's Good Evening Ghana, the one whom Rockson Dafeamekpor, MP for South Dayi would not call “lawyer” cannot understand why Togbe Afede would return the ex-gratia: “It is not corruption and those who are congratulating him (Togbe Afede) have shown misunderstanding of the super-structure under our democracy, the constitution … it was wrong for Togbe Afede to have described ex-gratia as inappropriate payment … and paint the picture of other people who have collected it as if they are bad, corrupt people. You don't occupy a moral high ground and say I am some clean guy… haunted by his conscience for only attending 39 out of the 242 meetings, … representing 16% but took salaries throughout the four-year period… Article 89 makes it clear that the President or any senior member is unable to vary it. You cannot go to the Council of State and later say you were surprised you got ex-gratia…” Does Adom-Otchere mind his words?

We thought the idiom “what is sauce for the goose is good for the gander” (Not: what is good for the goose is good for the grander) literally meaning the “sauce” is used for both sexes of animals. We thought that just by praising the First and Second Ladies for returning their allowances, we should hail Togbe Afede for returning his ex-gratia (whatever the Constitution says). But Paul Adom Otchere thinks we don't think; we can't reason; we lack understanding. We will leave him (Paul Adom Otchere) to gloat over his “self-esteem.”

We are happy, though, that Togbe Afede's act has generated hot debate, not only on ex-gratia, but to the general salary structure of CEOs and top executive officers vis-a-vis those down the ladder.