Why is the principal of Mampong Nursing and Midwifery Training College disregarding the directives of the Minister for Health about the "affected" students? 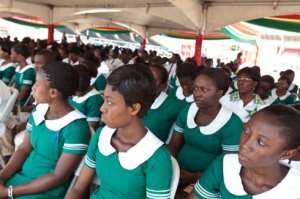 For how long, or until when, will the principal of Mampong Nursing and Midwifery Training College, Mrs Gifty Helena Dwamena Amoah, the daughter of Asante Gyamase soil, be allowed to flout the orders to her by the Minister for Health?

This principal has dealt unfavourably, criminally and maliciously with about one hundred and sixty-eight students of the college. She has deliberately wickedly been doing whatever it takes to ruin the future career of the said students currently addressed as the “affected students”

Any discerning Ghanaian, concluding from the facts and credible evidence before me, will not be appreciative of the way the principal has been treating the students. Based on my experience and observations, unique solutions were taken to solve the unique problems brought about by the Covid-19 pandemic.

Final year students’ academic examinations were suspended in many an advanced country during the peak year of the deadly infectious Covid-19 pandemic. However, the students were neither repeated in their class, nor sacked, but allowed to proceed to their next higher class.

In the United Kingdom where I live, the government and their Examinations Board agreed that students’ academic work in class be used by their class/subject tutors to assess them for award of grades. Grades so awarded were accepted for their promotion, and admission into the universities.

If, in Ghana some schools obliged their students to sit for exams in packed classrooms in defiance of Covid-19 restrictive protocols with the students ending up performing poorly, should the students not be applauded for their courage and risk taken in the first place to sit for the exams than to punish them? The attitude of the principal of Mampong Nursing and Midwifery Training College is that of punishing the students, even after herself granting them what she called “amnesty”, thus, promoting all the failed students.

She has as I speak, licked back her sputum same as the dog licks back its own vomit. She is wrong!

The Minister for Health after becoming aware of the plight of the students, caused a thorough investigation to be conducted into the complaints by, and plight of, the affected students.

He finally, following the recommendations by the investigators, directed the principal to recall all the affected students that she has demoted and or, dismissed from the school.

Nevertheless, the principal, as stubborn and wicked as she always is, has been treating the minister’s directive with utter disdain.

I understand, according to the message placed on the students’ group platform by their class representative (rep), the principal is only recalling the dismissed students hence has scheduled a meeting for them on Monday, 20 June 2022.

Did the minister not direct her to recall all the affected 168 students, comprising both the dismissed and the demoted ones? Why is she recalling only the dismissed ones? What about the demotees who were never allowed on campus, let alone, attend classes?

It is my advice to the Minister for Health to see to it that his orders to the principal are carried out, if indeed, he has issued any. She should not be allowed to continually fool about, doing her own thing, knowing what she is doing is completely wrong.

Who at all has empowered the principal to behave in that most intransigent manner, having no respect for a complete sector minister, let alone, students and their parents?

Apart from the Mampong MP, Hon? Kwaku Ampratwum Sarpong, who is suspected to be supportive of the principal and all the stupidity she stands for, does anyone else support her in respect of her action taken against the affected students and disobedience towards the Minister for Health?

To conclude, I do emphasise that all the affected students go to the meeting scheduled for Monday, 20 June 2022, without fail.