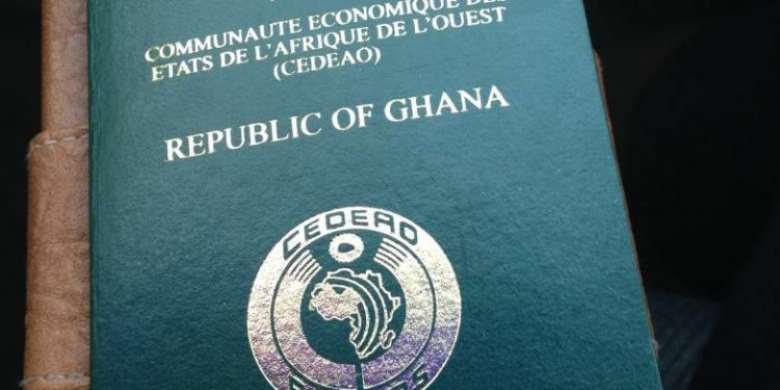 There has been an increase in revenue at the Passport Office due to digitalization, the Government of President Nana Akufo-Addo has said.

The presidency in a tweet stated that due to digitalization, the passport office’s revenues have improved from ¢1million in 2017 to ¢56 million in 2021.

“Governments digitalization programme has improved passport offices revenues from ¢1million cedis in 2017 to ¢56 million in 2021,” a tweet by the Presidency said.

President Nana Addo Dankwa Akufo-Addo has been touting the achievements of his administration in the digitalization agenda.

According to him, the digitalisation agenda is making the provision of government services efficient for all Ghanaians.

In the energy sector, he said “we have continued to provide stable electricity to Ghanaians and for the first time in 9 years, VRA made a profit.”

He indicated that government was employing the application of digital technology to stimulate the growth and transformation of the Ghanaian economy, and, thereby, help ensure that every Ghanaian derives maximum benefit from this process.

Speaking at the launch of the 25th anniversary of MTN, on Wednesday, 2nd June 2021, President Akufo-Addo stated that, since assuming office in 2017, his government has taken decisions that have provided the necessary impetus to stimulate the economy on several levels.

“We recognized that having a national database was one of the critical elements of a digital economy, and instituted that as a matter of priority by implementing the National Identification programme, and completing the first phase of the National Digital Property Addressing System, to support geolocation and the issuance of postal codes,” he said.

Addressing the gathering, the President noted that, in order to make the Ghana Card the primary source of identification to access services in the country, majority of Ghanaians have been enrolled onto the National Biometric Identity Card, adding that it will enhance coordination amongst state institutions, and provide significant benefits to citizens.

“Indeed, just last year, the National Health Insurance Card was integrated with the Ghana Card as part of the consolidation process. It has also been integrated with GRA to form the TIN number, and it will be used to verify all SIM registrations shortly. The overall objective of Government is to integrate all databases for effective administration of the country. Big data analytics, machine learning, and internet of things are becoming a reality in Ghana,” he added.