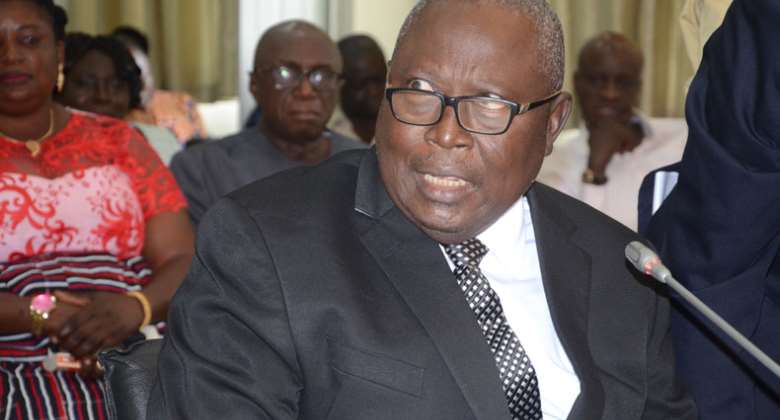 I thought I was dreaming when I read that a certain popular journalist in Ghana has decided to exonerate His Excellency John Dramani Mahama from all bribery and corruption allegations, and that all the things said about him were fabricated by the ‘Lucifers’ in his flesh’.

We cannot deny or ignore the fact that the squeamishly cyclical corrupt practices amongst some political elites have unfortunately been resulting in economic downslide amid excessive public spending, needless high public deficit and the creation of perverse incentives that stimulate income-seeking rather than productive activities.

If you may recall, a few years ago, Mr Martin Amidu audaciously came out and told the good people of Ghana that President Mills of blessed memory set up a Committee to investigate an alleged dubious Brazilian aircraft purchases negotiated by the then vice president, John Dramani Mahama (Source: martinamidu.com).

To the well-meaning Ghanaians, Ex-President Mahama and his minions may choose to continue to claim birth right to incorruptibility, but we will only take him seriously if he comes clean on the Brazilian Aircraft deal as revealed by former Attorney General under the late Mills, Mr Martin Amidu.

Back then, some of us were extremely surprised when Mr Martin Amidu disclosed somewhat sensationally that the late Mills somehow lost trust in his vice president, Mahama over the dubious Brazilian Aircrafts deal and therefore ordered an investigation into the deal.

Indeed, there is serious question here that the well-meaning Ghanaians must ruminate over and probe carefully: did Ex-President Mahama really indulge in dubious transaction?

Mind you, the allegation is extremely serious and the only way former President Mahama and his apple polishers can obliterate the doubts from the minds of discerning Ghanaians is to lock horns with Mr Martin Amidu or face him in a competent court of jurisdiction.

So, who says that Mr Martin Amidu was lying through his teeth and therefore did not have in his possession the necessary documentation?

In fact, I will venture to stress that if, indeed, the late Mills set up a committee to investigate his vice Mahama, then he had a glint of suspicion on his mind.

Upon a carefully considered deliberation, reflective thinkers may draw an adverse inference that the late Mills was not prepared to allow any member of his administration to dupe the country through corrupt practices.

Undoubtedly, the Late President Mills put his trust in his vice president, John Dramani Mahama, but if we are to believe Mr. Amidu’s account of the corruption saga, we can draw an adverse inference that former President Mahama betrayed the trust the late Mills reposed in him. It therefore explains why the late President Mills set up a committee to investigate him.

It is, however, important to note that the President of a nation is a serious job, and as such it requires a serious and committed person.

In sum, until former President Mahama meets Mr Martin Amidu in the law court over the alleged dubious Brazilian Aircraft deal, the reflective observers will continue to stand with the indefatigable Mr Martin Amidu.