Mahama is the most experienced president 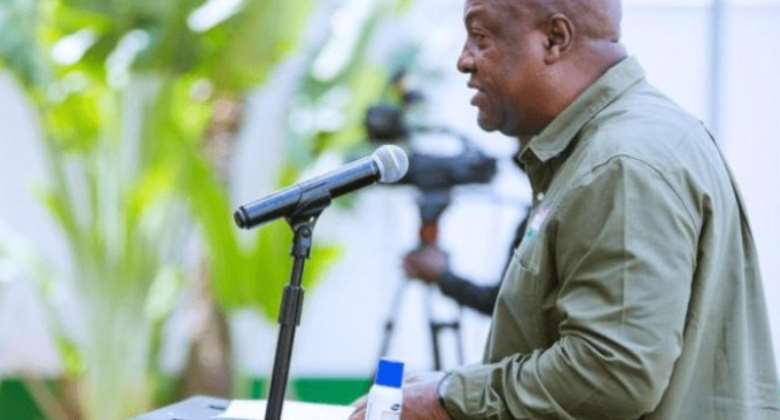 You may love or loathe somebody like the Late President Mugabe, but the fact remains that he was the world's most educated president: he was a qualified teacher, he had a degree in economics, he was a lawyer, and had master of laws amongst other qualifications.

As I was pondering over President Mugabe's credentials, another question as to who the world's most experienced president is crossed my mind, and I stumbled over some information which makes President John Dramani Mahama unarguably the title holder.

He was an MP for three terms, Deputy Communications Minister from 1997 to 1998. He became the substantive Minister for Communications from 1998 to 2001. H.E. John Dramani Mahama served as the chairman of the National Communication Authority, and played a key role in stabilising the Ghana telecom sector after deregulation in 1997.

He also served as a member of the Pan African Parliament where he was chairman of the West Africa Caucus. He was the Minority Parliamentary Spokesman for communications from 2001 to 2004.

In 2002, he was appointed the Director of Communications for the NDC. That same year, he served as a member of the team of International Observers selected to monitor Zimbabwe's Parliamentary Elections.

As an MP, he was a member of Standing Orders Committee as well as the Transport, Industry, Energy, Communications, Science and Technology Committees of Parliament.

In 2005, H.E. John Mahama was the Minority Parliamentary Spokesman for Foreign Affairs, and became Vice President of the Republic of Ghana on 7th January, 2009. He became a caretaker president in 2012 when President Atta Mills died. He was sworn in as President on 7th January, 2013 after winning a one-touch presidential election in 2012.

On 21st January, 2016, on the occasion of the World Economic Forum in Davos, President John Dramani Mahama and the Prime Minister of Norway, Ms. Erna Solberg, became Co-Chairs of a group of sixteen (16) eminent Sustainable Development Goals (SDGs) Advocates to support the UN Secretary-General in his efforts to generate momentum and commitment to achieve the SDGs by 2030.

He was appointed Co-chair of the ECOWAS mediation committee in the political impasse in the Gambia in 2017.

President Mahama was appointed by the AU as its High Representative to Somalia to work with the Somali stakeholders to reach a mutually acceptable compromise towards an all-encompassing resolution for the holding of Somali elections.

Aside these, President John Dramani Mahama has an incredibly sharp memory, and can recall minutest details of issues with surgical precision. He is undoubtedly a gift to our generation.

'My Ga, Fante, Ewe and Northern brothers when was the last t...
44 minutes ago