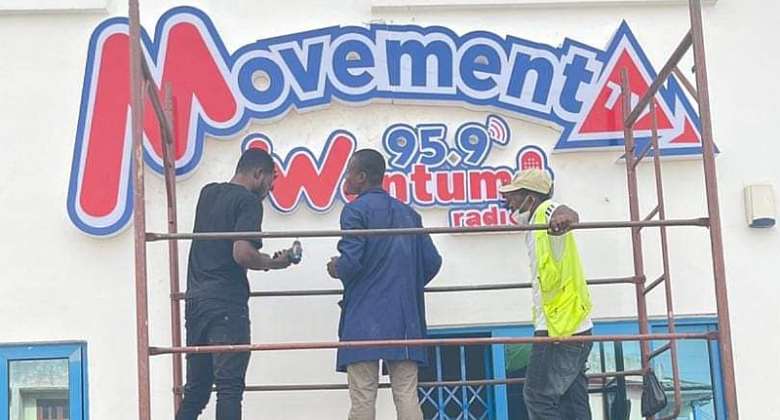 The management of Accra-based Movement TV and Wontumi Radio 95.9 FM, a subsidiary of the Wontumi group of companies, has issued a warning over a parody account created in their name by a unanimous person.

The warning was issued on the official Facebook account of the Accra-based Movement TV on Monday, June 13, 2022.

They added that although the station appreciates efforts made by individuals in promoting the Wontumi and Movement denominations, they wouldn't appreciate those who would turn to be the official voice of their brand.

The management’s release also disclosed their official accounts on the various social media platforms, indicating that any account except those listed in the release is fake and should not be followed.

“Management of Movement TV and Wontumi 95.9 FM Accra, has fished out a Facebook page pretending to be associated with the Wontumi brand. We want to put on record that the identified page (Wontumi Radio 95.9, Movement TV, Accra) is fake and operated by individual(s) with an intent to scam the public.

“In as much as we appreciate the effort of people who want to promote the brand Wontumi and Movement, we don't appreciate pages that want to act as official mouthpiece of our media empire without our approval.

“Our official handles are

The said parody Facebook page, titled "Wontumi Radio 95.9, Movement TV, Accra," currently has 24 thousand followers and pictures of the two Wontumi media stations in Accra, making it difficult for people to tell whether it is real or not.