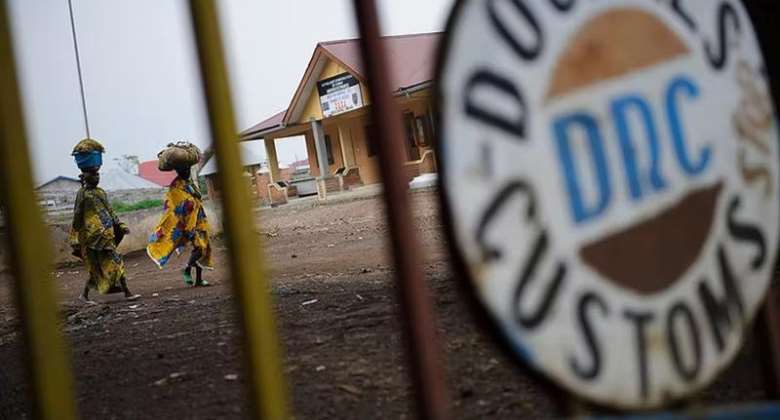 File Photo: Congolese women at the border crossing with Uganda at Bunagana in the east of the Democratic Republic of the Congo. AFP

A rebel group in eastern DR Congo that the government accuses of being supported by Rwanda has overrun a trading hub on the border with Uganda, local sources said on Monday.

M23 fighters seized the town of Bunagana in North Kivu province as some government forces retreated into Uganda, they said.

Bunagana "is under enemy control," a Congolese officer said, who was reached by AFP by phone from Goma.

"The army has just given way and is heading into Uganda," said Damien Sebusanane, head of a local civil society association, who was on the Ugandan side of the border with the Democratic Republic of Congo (DRC).

"An army truck has just gone past, four jeeps and other vehicles which are full of soldiers," he said, estimating the number of DRC troops retreating into Uganda at around 100.

A humanitarian source on the ground said that heavy clashes broke out again on Sunday morning and the only way out for the embattled DRC troops was to cross into Uganda.

The M23, a primarily Congolese Tutsi militia, is one of more than 120 armed groups active in eastern DRC.

It briefly captured Goma in 2012 but a joint offensive by UN troops and the Congolese army quelled the rebellion.

The group resumed fighting in November last year after accusing the Congolese government of failing to respect a 2009 agreement under which the army was to incorporate its fighters.

Thousands of people have fled into Uganda and the DRC territory of Rutshuru since a second bout of violence flared in March.

The DRC government on Sunday reiterated that Rwandan was backing the rebels, an assertion that Rwanda has repeatedly denied.

In their assault on Bunagana, the M23 were "supported by soldiers and artillery from the Rwandan army," the DRC army said in a statement, adding that two soldiers and several enemy combatants were killed.

General Sylvain Ekenge, spokesman for the province's military government, said Rwanda was seeking to "asphyxiate" Goma, the capital of North Kivu, and to put pressure on the government in Kinshasa.

The UN's refugee agency said on Monday that 368 more people had fled across the border into Uganda from Bunagana, and the humanitarian situation was "more and more concerning."

Relations between the DRC and Rwanda have been strained since the mass arrival in eastern DRC of Rwandan Hutus accused of slaughtering Tutsis during the 1994 Rwanda genocide.