WTO warns of 'rocky road' with food shortages, vaccines on agenda in Geneva 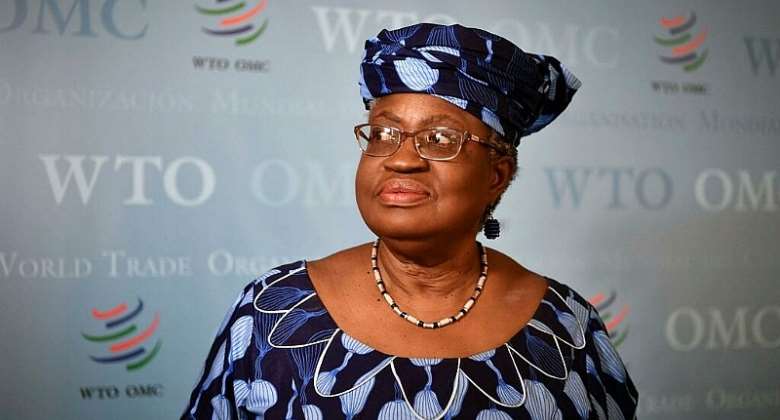 The World Trade Organization is gathering in Geneva for its first ministerial meeting in nearly five years to tackle food security threatened by Russia's invasion of Ukraine, overfishing and equitable access to Covid vaccines.

WTO chief Ngozi Okonjo-Iweala opened the four-day meeting on Sunday with the warning "expect a rocky, bumpy road with a few landmines along the way".

But she told journalists she was "cautiously optimistic" that the more than 100 attending ministers would manage to agree on at least one or two of a long line of pressing issues, and that would be "a success".

The WTO is under pressure to eke out long-sought trade deals on a range of issues and show unity amid the ongoing Covid-19 pandemic and an impending global hunger crisis.

But since the global trade body only makes decisions by consensus, it can be more than tricky to reach agreements.

Top of the agenda at the gathering in Geneva is the toll Russia's war in Ukraine - traditionally a breadbasket that feeds hundreds of millions of people - is having on food security.

Tensions ran high during a closed-door session, where a number of delegates took the floor to condemn Russia's war in Ukraine, including Kyiv's envoy, who was reportedly met with a standing ovation.

However, before Russian Minister of Economic Development Maxim Reshetnikov took to the podium, around three dozen delegates "walked out".

Even before the conference began, the European Union gathered representatives from 57 countries for a show solidarity with Ukraine, with EU trade commissioner Valdis Dombrovskis slamming Russia's "illegal and barbaric aggression".

Despite the contentious atmosphere, ministers are expected to agree on a joint declaration on strengthening food security, in which they will "commit to take concrete steps to facilitate trade and improve the functioning and long-term resilience of global markets for food and agriculture".

According to the draft text, countries would vow that "particular consideration will be given to the specific needs and circumstances of developing country members".

"I hope you will collectively do the right thing," Ngozi told the delegates.

The WTO hopes to keep criticism of Russia's war in Ukraine to the first day of talks, allowing ministers to focus in the following days on nailing down trade deals, after nearly a decade with no major agreements.

There is some optimism that countries could finally agree on banning subsidies that contribute to illegal and unregulated fishing, after more than two decades of negotiations.

India, however, has demanded a 25-year exemption, and is so far refusing to budge.

Angered by lacking follow-through on promises made at a WTO ministerial meeting nearly a decade ago for food policy measures, India is proving intransigent on other issues as well, jeopardising the chances of locking down deals.

India has also struck a harsh tone on another key issue on the table: WTO response to the Covid-19 crisis.

After multiple rounds of talks, the EU, the United States, India and South Africa hammered out a compromise.

The text, which would allow most developing countries, although not China, to produce Covid vaccines without authorisation from patent holders, still faces some opposition.

The pharmaceutical industry insists the waiver would undermine investment in innovation, while public interest groups charge the text falls far short of what is needed, by limiting and complicating the vaccine waiver and not covering Covid treatments and diagnostics.