Don’t be a bully to end up pleading for mercy, oh ignorant retired Regional Police Commander! 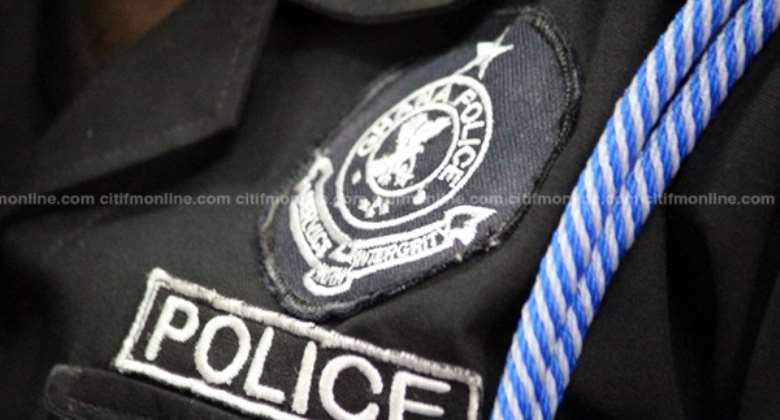 A certain retired Regional Police Commander in Kumasi has been behaving very irresponsibly in what is clearly excessive bullying towards his next house UK-based Ghanaian “burger”. He thinks by his immense wealth, acquisition of many properties, huge mansions only to be rivalled by the contents of the will by the late Sir John, if the will is credible at all, he can walk into his neighbour’s house to carry out the destruction of his property with impunity.

He is such a heartless piece of shit! He doesn’t want his fence wall to be broken but does expect the entire house of the “burger” and an adjacent one belonging to his once junior police driver, to be knocked down by his wicked actions.

Following the previous publication on this Regional Police Commander who has directed the entire waste water and rainwater from his massive mansions to be discharged openly onto the grounds of the house of the “burger”, the “burger” on advice and permission by the boss of the Environmental Protection Department of the Kumasi Metropolitan Assembly (KMA) erected an ironclad concrete pillar to block the waste water.

This policeman walked into the “burger’s” compound with his team of lawless scumbags to pull down the pillar, rained insults on the person of the “burger” in his absence and threatened to cause the arrest of the person looking after the “burger’s” house.

To prove him stupid and that bullying can go only to a certain extent but not on for ever, the “burger” notified the KMA and his nephew in Ghana about the incident.

The next day, they went to the policeman’s house. The KMA boss asked him what right he has to destroy the pillar? He answered, “I thought he, the “burger”, had taken the law into his hands to construct the pillar to block the water which action had the potential to cause the collapse of my wall hence I also decided to take the law into my hands to pull it down”.

The KMA boss said, “I gave the “burger” the permission to put up the pillar after the expiry of the deadline given to you to find an alternative means to evacuate the waste water from your house without it being discharged openly onto his compound”. You had not conformed to the date given to you”

He then said, “I am sorry. I never knew you instructed him to do it. I thought he had done so on his own accord that was why I also decided to destroy it”.

The KMA boss said, “you are or were a Regional Police Commander hence knows the law inside out. Why should you take the law into your own hands to destroy it even if the “burger” had constructed the pillar on his own will?” Why didn’t you come to the KMA to report it to us when you discovered it but to infringe the law? This case will go to court”

When it was announced to him that the case will go to court, he started pleading that the court case must be dropped as he is ready to pay for the damages caused, and further abide by the KMA’s suggested means to have the waste water from his house safely discharged without causing erosion or destruction to anyone’s property.

Is he scared that his immense wealth could become a matter for investigation; how he acquired such large land and constructed all those massive mansions and hotels on it? I don’t know. However, there is an Akan proverb that states, “The key to a specific problem, can unlock the doors of other problem”

I am in a hurry to attend to other urgent duties so I shall end here to update you on the issue later on. But before then, I shall advise that you don’t take the laws into your own hands no matter how super rich and a wicked bully you are, or else, you will live to regret one day.

Who cares if you are rich man or woman? Wise up and stop fooling about in Ghana when you are blessed with wealth, or else, you will live to regret one day.

Don’t underrate the intelligence of a “burger” who is fearless, learned and knows his rights and how to fight for his rights. If you do, he will bite you as the snake does. A snake bite is but deadly!

[Audio] 'Because of Mr Akudugu you want to destroy me, It wo...
54 minutes ago