Could this be the reason for judges handing down heavy prison sentences to petty thieves? 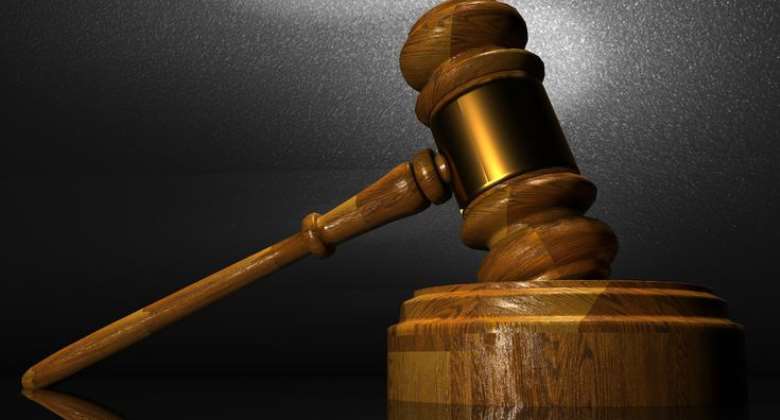 I have always been very critical of judges handing down long jail sentences to petty thieves as soon as they are arraigned before them, while dithering on hearing, let alone, ruling on, and passing, judgment on serious cases involving big official crooks who embezzle millions of Ghana Cedis, or US dollars and state assets, when they are brought before them.

I see their heavy sentences handed down as unjust; unreflective of the lesser crimes so committed by the petty thieves stealing goats, sheep, fowls and farm produce as against the bigger political official embezzlers who are practically left off the hook through never ending deferments that delay their cases going to trial.

Anyway, a recent case has alerted me to, or given me some clues to, why, the judges hand down such unreasonably heavy prison sentences to most of the so-called petty thieves.

As recent as a week ago, a certain young man in Ejura, a mason by profession, was arrested by the Ejura police. He had stolen somebody’s four bags of beans. A bag of beans as stated here is about fifty kilos or more.

When he was arrested, he told the police he had given them to a certain woman called Adura or something like that. The police escorted him to show them who the Adura is.

The thief led them to a house. When he reached there, he said he was looking for Madam Adura. The woman they met, the house owner of course, said, there is no one in the house by that name but she is called Adama. The man then said, yes, you are the one I mean.

The police asked the woman to accompany them to the police station since as from that very moment, she was under police arrest for being an accomplice to the theft so committed by the man.

The woman said she does not know the boy and has not committed any crime so she was not going with them as ordered by the police. An argument ensued.

She was advised by the tenants in the house to do as instructed by the police to avoid complicating her case, whatever it is.

This woman is known for suffering from serious health issues. She suffers from serious hypertension, diabetes and was still recuperating from a mild stroke she had suffered not long ago.

Police: Did you meet anyone at the stall?

Thief: Yes. There were people sitting by.

Police: Can you remember them if you see any?

Thief: No, I did not observe their faces properly.

Police: How did you convey the four bags to her stall?

Police: Can you recognise for identification the “aboboyaa” you used?

Thief: No, I did not pay proper attention to its features and the rider.

Police CID: Take me to show where you left the bags for Madam Adama.

Thief: Takes him to where the woman’s burnt out stall was.

Then, the police CID turned to ask Madam Adama questions:

CID: Do you have a stall in the market?

Adama: I had one but it got burnt two years ago, along with that part of the Ejura market that burnt. I have since not gone back there but have another small place elsewhere that I sell items.

CID: Summons the woman’s daughter to take him to where her mum currently sells things.

Daughter: Takes him to show the location.

CID: Comes back to the police station, then asks Madam Adama to take him to show where she currently sells her goods.

Adama: Escorts the CID to where she does her petty trading; same spot as her daughter took the CID

Two other police officers at the station asked the CID to let the poor woman go since they could see clearly that the thief was telling absolute lies.

The CID was furious at his colleagues and shouted, “You can’t tell me what to do. You are not those going to tell me how to do my job”

The CID asked the woman’s daughter to find someone to come and bail her since she would be charged to court. A tenant of Madam Adama came to bail her.

When the case finally went to court on Friday, 10 June 2022, the thief admitted before the judge that he did not take the beans to Madam Adama but someone else. Again, he did not know Madam Adam but the person she took the beans to asked him to mention Madam Adama were he caught, but which name he initially got wrong and rather said Adura. The person further advised him to take the police to Madam Adama’s house if anything happened.

Again, during his interrogation at the police station, he said, Madam Adama borrowed him Six hundred Cedis (Ghc600.00) about three years ago to cultivate his beans farm upon the agreement that he sells the beans to him once harvested. However, he did not sell the beans to her. She has since been asking him for her money back.

He said he had paid her three hundred Cedis (Ghc300) about a year ago and decided to take the four bags of beans to her when he stole them from someone, to clear the remaining debt of Ghc300.00 he owes her.

Madam Adama stated that she does not know the man; had never borrowed him any money and does not even sell beans and has never sold beans.

After all the many lies, the thief finally admitted he does not know Madam Adama and that all that he had said about her involvement in the crime is a total lie.

The prosecutor and the judge asked to know who the person he took the beans to, who also advised him to implicate Madam Adama, is. Tried as they did, he refused to mention who she is.

Subsequently, the judged sentenced him to six years prison term.

This is a man who had only returned from a two-year jail term about a month ago, having stolen a fowl where again, he wrongly implicated a certain innocent person in the crime same as he was doing to Madam Adama.

Madam Adama, a vulnerable woman of over seventy years, could have died from shock had her children and friends not encouraged her by assuring her that the case against her will be thrown out when it goes to court, and indeed, it happened.

To be a persistent petty thief with the penchant for incriminating innocent people in your crime may surely infuriate prosecutors and judges to hand down heavy jail sentences to you as a deterrence to others.

Finally, he pleaded with the judge to reduce his sentence to two years as he has a wife and three young children without anyone to care for them in his absence but his request fell on deaf ears.

[Audio] 'Because of Mr Akudugu you want to destroy me, It wo...
29 minutes ago