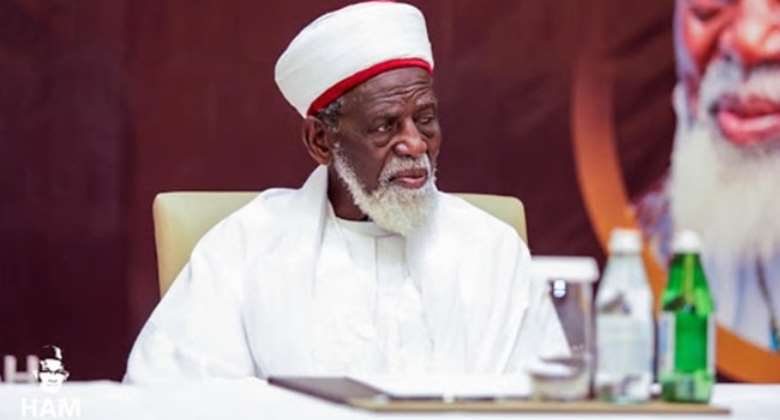 The National Chief Imam, Sheikh Osman Nuhu Sharubutu has sent condolences to families of the victims of the Catholic church attack in Owo, Ondo State, Nigeria.

“I have received with shock news about the act of terrorism visited upon the Catholic Church in Owo, Ondo State and the people of this part of Nigeria. It is a devastating incident that will create grief and sorrow in any community it happens,” he said yesterday through his spokesperson Sheikh Arimiyao Shaibu.

Continuing, he said, “on my own behalf and the Muslim community, I express my condolences to the Catholic Church, especially in Nigeria, Ghana and the res t of the world.”

He assured the grieving families, the state, Nigeria as a whole, and the whole Catholic fraternity that he and Muslims in Ghana share the pain of the act of barbarism visited upon them.

“We wish that God will give solace and comfort to those affected directly and indirectly, the Ondo State Governor and President Muhammadu Buhari,” the cleric prayed.

The Chief Imam added that the dastardly act of terrorism comes on the heels on a recent engagement with the leadership of the Catholic Church on ways of fashioning out a means of ensuring inter-faith harmony. This, he added, has become an annual affair on the faith calendar of the country.

Many worshippers lost their lives in a church in Ondo State, Nigeria, after the facility was attacked by heavily armed persons a few days ago.

A priest, when he was interviewed, said only evil-minded persons would visit this kind of atrocity on worshippers.

According to him, the worshippers were being shot at within the church, and those who managed to get outside were not spared the bullets of the attackers. He added that the attackers hurled a grenade inside the church.

Such acts of terrorism were confined to the northern parts of Nigeria, but with the Ondo experience, it would appear that the criminals have the South in their sights, which adds to the security burden on the federal government and the security apparatus.