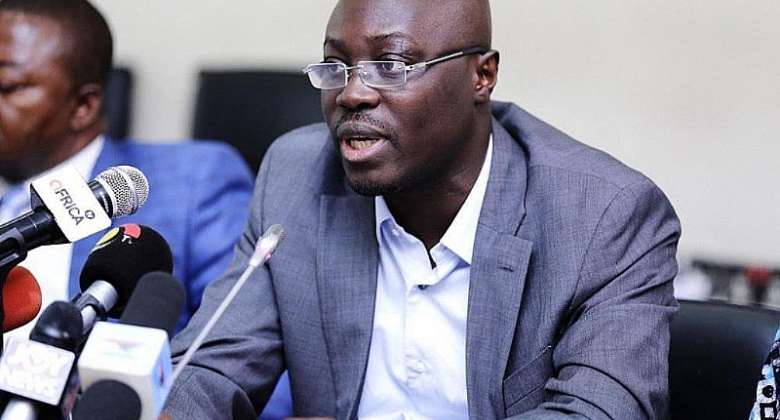 The Head of Trade Finance Unit of the Banking Department of the Bank of Ghana, Edward Markwei Jr, has told a Financial and Economic Court in Accra, that Former Deputy Minister of Finance, Dr. Cassiel Ato Forson, acted on the authority of the finance minister when he signed a letter requesting his outfit to establish Letters of Credit in favour of Big Sea General Trading Ltd of Dubai to cover the importation of fifty ambulances.

Answering questions under cross-examination by Counsel for Dr. Forson, Dr. Abdul Aziz Basit Baamba, after his evidence-in-chief was admitted, Mr. Markwei admitted that when processing the letters of credit, he and his colleagues at the Bank of Ghana believed they were acting on a letter signed on behalf of the finance minister because the said letter had “FOR MINISTER” clearly written under the signature of Dr Forson.

The prosecution had alleged in its particulars of offence accompanying the charge sheet, that Dr. Forson, willfully caused financial loss by “authorizing irrevocable Letters of Credit valued at EUR 3,950,000 to be established out of which payments amounting to EUR 2,370,000 were made to Big Sea General Trading Ltd of Dubai for the supply of vehicles purporting to be ambulances without due cause and authorization”.

Asked by Dr Baamba to shed further light on the explanation he had given for what constituted letters of credit in his evidence-in-chief before the court, Mr. Markwei stated that letters of credit were not in themselves payment, but rather provided a guarantee for payment to a beneficiary provided certain conditions spelt out in it were met.

When asked by Dr. Baamba to clarify if payment would be made under Letters of Credit only if the stated conditions were met, Mr. Markwei said that would be the case.

Asked again to explain if payment would not be made if the conditions were not met, Mr. Markwei answerd in the affirmative.

Mr. Markwei earlier caused a stir when in answer to a question by Dr Baamba as to whether he was aware that there was a “huge difference” between the meanings of “request” and “instruct”, he said they had the same meaning after he had been asked to read the second paragraph of the letter where the words “urgently requesting” were found.

This followed a claim in Mr. Markwei’s evidence-in-chief that Dr. Forson had written on 7thAugust,2014 “urgently instructing” the Bank of Ghana to establish letters of credit in favour of Big Sea General Trading of Dubai.

Mr. Markwei subsequently admitted that the exact words used in the letter were “urgently requested” and not “urgently instructed” as claimed in his evidence-in-chief.

Former Deputy Finance Minister, Dr. Cassiel Ato Forson and former Chief Director of the Ministry of Health, Dr. Sylvester Anemana as well as businessman, Richard Jakpa, have been charged with causing financial loss to the state over the importation of 30 ambulances that formed part of a consignment of 200 under a contract signed between the Ministry of Health and Dubai-based firm, Big Sea Limited in 2012.

Dr. Forson has dismissed the charges as politically motivated.