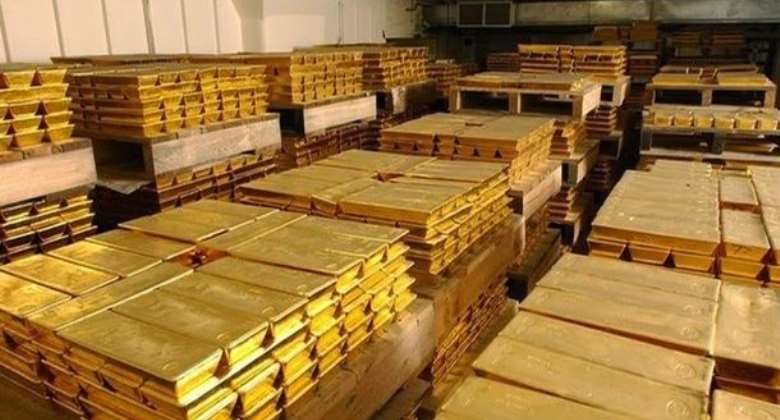 Of all the talk about community mining, it appears the Ghana government’s vision is misplaced. The focus seems to be on the destructive structure of galamsey, albeit under a different name, community mining. It’s like putting a lipstick on a pig to make it look beautiful, but it is still an ugly pig. We boast of the abundance of gold in Ghana, and yet we keep missing the opportunities to own our resources in a well structured and effectively managed manner for development.

Take as an example, the sale of Golden Star Resources to a Chinese mining company, Chifeng and Chijin of Hong Kong in January 2022 for $470 million. The Ghana government owned 10% of Golden Star, and approved the sale without seriously considering to bid for majority stake and make it a corner stone of its community mining initiative. Ten percent (10%) is a magic number that Ghana seems to consistently opt for as carrying interest in the exploitation of its resources, and thus missing the opportunity to exercise a controlling ownership position, even for the critical assets that would ensure Ghana’s current and future development as well as its economic security.

Instead, the Chinese company has purchased 100% of Golden Star. The company, which was a Canadian company is no longer listed on the New York, Toronto and Ghana Stock exchanges. What a missed opportunity! Here is a situation where ‘community mining’ could have been structurally adopted to minimize land, river and forest destruction that we see in the current galamsey, and so called community mining being promoted by the government.

Golden Star was a Canadian company that operated the Wassa mines in the Western Region, around Bogoso, Akropong, Hiawa and in the Ankobra River Basin. It engaged in underground mining. The largest shareholder of Golden Star was the La Mancha Star Investments, owned by Yousriva Loza-Sawins, an Egyptian billionaire in Canada. In 2020 the company made big news in Ghana about its plans to invest $100 million in its mining facilities. That never happened or will not happen. Golden Star was a well structured, and a well organized Western model corporate entity that the Ghana Government could have bought and used as an anchor for its ‘community mining’ agenda. Parts of the ownership could then eventually have been sold to institutions and individuals in Ghana.

This is not a new or revealing concept, as it is even embedded in the venture capital Adeshe Fund, championed by the government, except for ensuring that such enterprises do not become captive to a few politicians, their families and friends.

Nonetheless, the Chinese now own Golden Star Resources, just like Newmont and other mining companies are owned by Australian and Canadian entities. In the Ghana mining industry, some of these companies obtain licenses from the Ghana government at minuscule administrative prices. They operate the mines for a few years and sell them to other foreign investors, who perpetuate the cycle; turn them over to make money for their directors, officers in huge change in control compensations, and major shareholders.

While the purchase was subject to approval by Golden Star and Chifeng shareholders (Dec 30, 2021 and January 30 2022 respectively), these approvals were mere administrative and judicial exercises since the Transaction had already been approved by the Board, Directors, Officers and the largest shareholders as well as the Ghana government. Some of these parties had beneficial interest in the transaction through stock options and change in control termination compensations. In the Golden Star sale, the Termination Compensation payments for directors and officers were as follows:

These payments are in addition to the values of their stock options.

Note that all this is legal, and standard practice in the corporate takeover arrangements around the world.

So while this article sheds light on the Golden Star arrangement, the key question is why Ghana keeps being left in the dust in these international turnover of the ownership of its resources with no or little benefit to the Ghanaian people. There have been many such arrangements in the past and there will be more in the future. As a matter of fact, when this article was being finalized, Ghana Graphic reported on April 25, 2022 that the government had approved the sale of Chirano Gold’s operations in Bibiani to Asante Gold for $225 million, and had the expected closing date of May 31, 2022 (now postponed).

Again, the question is: How does Ghana and the leadership in Ghana take a different approach in owning and managing the resources of the country? If we don't gradually increase our stake in the ownership of these resources, we would always cry ‘lack of capital’ in these opportunities.

The mining lease for Golden Star, which has been sold to Chifeng, actually expires in September 2022. While Chifeng is aware of the risk of Ghana not renewing the lease, they went ahead with the acquisition because according to one company official the Ghana government has assured them of renewal. It is not clear if this is stipulated in the purchase agreement. But it clearly gives the government nine months to set a new strategic agenda with non-renewal or increase in its stake, and get out of the mentality of settling for 10% ownership in the resources of Ghana, while giving away 90% all the time. Golden Star is relatively a small company, and Ghana really has the opportunity to take control of it and use it as a building block for its community mining program.

The writer is a Retired Senior Bank Executive and Senior Advisor and a member of Ghana Environmental Advocacy Group.

More from Article
ModernGhana Links
Let’s save the White Volta River now to avert a pending water crisis
The end of the cedis?
Woman King is worth watching: but be aware that its take on history is problematic
TOP STORIES

Afrobarometer survey: 55% of Ghanaians unimpressed by gov’t ...
12 minutes ago