Re: UDS Is Not In Turmoil 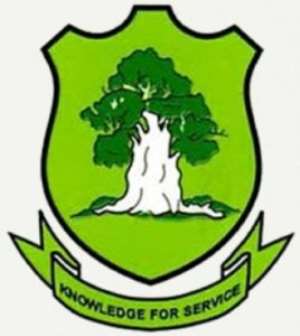 The University for Development has appointed its new Vice-Chancellor, Prof Alhassan Seidu, which will take effect in September 2022. Congratulations to him, and better luck to the other contenders.

The search committee on submission of the recommended list to the council chair ended their mandate of the TOR establishing it, and it was the duty of the council chair to submit the recommended list to the government for an appointment. Governing Councils do not appoint but rather recommend, which was what ensued. The recommended list was submitted to the government for the appointment, which the government gave its blessings. No procedure was flouted and breached on this occasion, as captured in section 8 of the university statute on procedures for appointing a vice-chancellor. We are aware of some group of tribal, academic fanatics who have hijacked and captured the university in its 30 years of existence and finds it difficult to see other ethnic groups (academics from Dagbon) in particular take the leadership positions. Over the years, these bigots have manipulated the system and instead tagged the locals as people who want to dominate. The University is a public institution, and as such remains an equal employer establishment. No one or group should hijack it as done by these people.

The Council Chair acted in good faith, followed the due process, seek the approval of the appointing authority (government) by following the directive of the government to issue an appointment to Prof Alhassan Seidu. The UTAG president, the Alumni and the Convocation Representatives who are doing the bidding of Prof Abagale should bow their head in shame for using the procedure as a decoy for deflection when we all know they are doing the bid of the Pro-VC.

The same tactics were done to create an emergency meeting to nominate loyalists of Prof Abagale into the search committee, which was successful, and their sheer hatred and gerrymandering with villain thoughts were reflected in the marks or scores by the two reps of the academic board in the search committee. The majority of us within the university fraternity knew, but we kept quiet. We understand that the peace and tranquility that we have offered to all other leaders in the past to manage the university has come to an end if these people continue with the faking documents (the registrar’s letter on disclaimer, the GTEC letter to the council and other blog misinformation stories). We know the people who are behind the faking of the letterheads and the spewing of untruths into the media sphere. If there is real turmoil or disturbance due to this appointment, they will be held responsible with dire consequences. They are warned!

Tamale and its people are peace-loving people, we are accommodative and supportive of all other ethnic groups. We are diverse in thoughts, ideology, faith and different social values. As the largest ethnic group in Northern Ghana, we consider it a responsibility to be accommodative and supportive to other groups, big or small. This the people have demonstrated through their cordial relationships with other non-indigenes. Such hospitability should not be taken for granted, and the capture of UDS has just started to be dismantled. This time we are more prepared than they can imagine.

UDS is not in turmoil, and everywhere is peaceful. The fake news published online only serve as filters bubbles and eco chambers to set an agenda and cause public trust issues and dissatisfaction for UDS and the Council Chair.

Bawku Conflict : NMC cautions against "weaponization" of med...
50 minutes ago