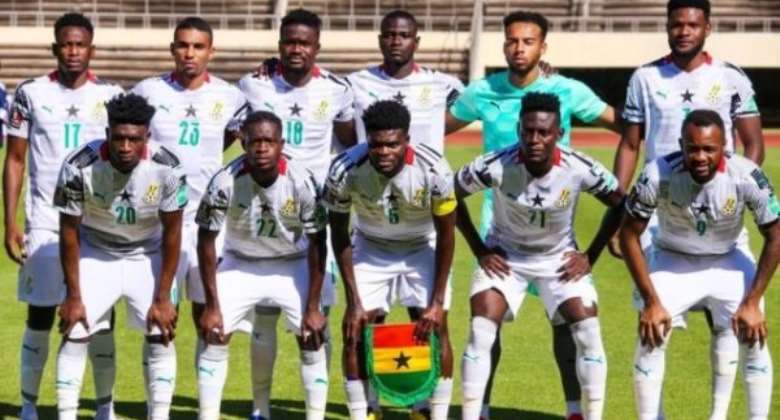 The Ghana Black Stars begin another exhaustive journey to end their 40-year African Cup of Nations (AFCON) trophy drought when they play against Madascargar in the 2023 AFCON Group  E qualifying match at the Cape Coast Sports Stadium Wednesday.

The Black Stars would be looking to make their 24th appearance at the AFCON and their 10th successive appearance in the continental football showpiece, despite missing out on the 2004 edition in Tunisia.

Ghana qualified easily for the 2021 AFCON held in Cameroon, having emerged top of Group C, with Sudan grabbing the second automatic spot and South Africa and Sao Tome missing out.

The Black Stars, who secured qualification for their fourth World Cup having edged Nigeria in their last encounter, would be looking to replicate their form against a very good Madagascar side.

Their opponent, Madagascar, who made its debut in the competition back in 2019, would be looking to grab another spot in next year's competition to be held in Ivory Coast.

They failed to secure a spot in Cameroon after they were edged out by Ivory Coast and Ethiopia, who secured qualification from Group K.

The "Barea", as they are nicknamed, head into Wednesday's game on the back of a disappointing run in the World Cup qualifiers, where they finished rock bottom in Group J, seven points off group winners Congo DR.

Black Stars coach Otto Addo is expected to name a strong line-up despite missing the services of first-team regulars Thomas Partey and Alexander Djiku who were not named in the squad.

Swindon Town goalkeeper Jojo Wollacott is expected to be in between the sticks for the Black Stars after his splendid display against Nigeria in the World Cup qualifying playoffs.

Daniel Amartey and Jonathan Mensah would be the likely pairing, with Joseph Aidoo being ruled out of the clash due to an injury sustained in training.

After his superb display against Nigeria, Felix Afena-Gyan would set his sights on opening his scoring account for the Black Stars.

Madagascar coach Nicolas Dupuis would have a full complement of his team and was looking to put their recent disappointment behind them, having just one win out of their last six matches.