Theme: Ghana’s Hung Parliament and the role of the Minority 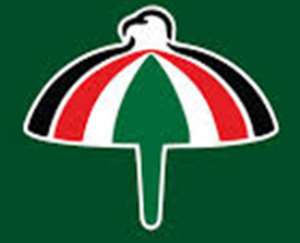 NDC Holland Chapter held a mini-Town Hall Meeting in Amsterdam on May 28, 2022. The main guest speaker was Honourable Samuel Okudzeto Ablakwa, a Member of Parliament for North Tongu in the Volta Region of Ghana. Other invited guests were Honourable Alex Segbefia, the NDC Director of International Relations, and his deputy Dr. Karl-Mark Arhin. Honourable Alex Segbefia was unable to attend the event as he was otherwise engaged. More than 50 NDC members from around the world attended this Town Hall Meeting via Zoom while members who gathered at the Town Hall in Amsterdam numbered 75.

NDC Holland Chairman Fred Morgan and his Secretary Mubaraq Huseini were the moderators of the event. Our first speaker was Dr. Karl-Mark Arhin who spoke about the important role played by the Diaspora since the establishment of the National Democratic Congress some 30 years ago. He reiterated the need for the Diaspora to continue to support the party in their homeland as they have done in the past. He also said that they must be vigilant in case the Election Commission intends to roll out ROPA in 2024 general elections. Dr. Arhin indicated that EC might replace the Ghana Card with the Voters' Card. He stressed that the intention of EC to do so is a devilish plan because allegedly, the National Identification Authority is denying some areas in Ghana to register for the Ghana Card. And most of these areas are where the NDC has its stronghold. For this reason, the party headquarters has directed all branch executives to encourage their members between the ages of 16 and 25 to register for their Ghana Card. He also emphasised that 2024 general election is going to be "boot for boot" as stated by His Excellency, incoming Flagbearer John Dramani Mahama. By this, he meant that, NDC will protect the ballot boxes at polling stations during the 2024 general elections and will also be vigilant during the compilation and transmission of the results.

The guest of honour was in Tamale to mark the 10th anniversary of the death of our former president, Professor John Evans Atta Mills. He spoke to the gathering on Zoom on the topic of “Ghana's Hung Parliament and the Role of the Minority”. Honourable Samuel Okudzeto Ablakwa commended the NDC members in the Diaspora and admitted that he has always had great admiration for the NDC in the Netherlands and assured the Chairman that he would visit them if they would invite him. Honourable Ablakwa clarified that there is no such thing as a majority in the 8th Ghanaian Parliament. The parliament consists of 137 MPs from the NDC side and 137 MPs from the NPP side. However, there is an independent MP who decided to vote to support NPP, but he is not an NPP member. And if that independent MP wanted to cross the carpet to join the NPP and give it to the majority, then he should give up his seat and seek by-election to contest on the ticket of NPP. But as long as he is an independent MP, there is no majority party in parliament.

He commended the NDC for its role in the passage of the 1992 Constitution, the longest standing constitution that has made our stable democracy possible over the past 30 years. He expressed sadness over the brutal killings of party supporters in Techiman South and other places during the 2020 general elections, saying Ghana is being ruled by a callous president who does not care about the needs of Ghanaians. He said the President does not care whether the people of SALL are represented or not. He stressed that they have been on the side opposing the passage of the E-Levy and that is why they are going to court to challenge this odious and oppressive tax imposed on Ghanaians. Although they did not win the injunction to stop the E-Levy, the Supreme Court admonished GRA to keep all records of the amounts collected while the case is in court. He did not mince words, calling the government led by President Akufo-Addo the most corrupt government in Ghana's history. To support his arguments, Honourable Ablakwa mentioned the Oslo Chancellery scandal he uncovered; exposing the president's lavish foreign trips where he rented private jets for $18,000 an hour; and the Ghc242 million earmarked in the 2022 budget for the collection of the E-Levy which would have gone to an unknown company. He also said that they have put strong pressure on the government to account for the Covid-19 funds for which the Speaker of the House has called on his Finance Minister to account for the Covid-19 Fud. He also revealed that the President has appointed 337 non-political staff in the Office of the President, including a Church Relations Manager, a Diaspora Church Manager, and a Diaspora Youth Ambassador. Honourable believes these appointees are needless and waste of taxpayers’ money. After taking credit for not wasting money in appointing Deputy Regional Ministers, President Akufo-Addo made a U-turn and appointed Special Assistants to Regional Ministers, to the chagrin of Ghanaians.

On the Achimota Forest saga, the Honourable Member opined that the Owoo Family does not exist anywhere. The name was created by the NPP under ex-President JA Kufuor - the NPP under President Nana Akufo-Addo wants to loot, divide and share the land. It is therefore not surprising that the late Kwadwo Owusu Sekyere had various plots of land in his will. He also assured the NDC Holland Chapter members and all NDC members that they will not put to rest the security breaches with regard to Madam Evelyn Aidoo (aka Serwaa Broni) case. They believe the President abused his office by using the State’s Security apparatus to jeopardise the lady’s life. The case about Ms Evelyn Aidoo speaks very bad about the President among the international community and the President given easy access to her onboard the President Jet and her unprotected contact with the lady is much to be worried about. And although they do not have the majority to remove the President, they have the numbers to start an impeachment process against the President.

In conclusion, Samuel Okudzeto Ablakwa expressed concern about the corruption and state capture institutionalised under President Akufo-Addo. He said that the skyrocketing inflation of almost 26% and the sharp depreciation of the Ghanaian Cedi against foreign currencies were also worrisome. He pointed out that Ghana is moving in the wrong direction and that only the NDC can save the country from a deep fall.