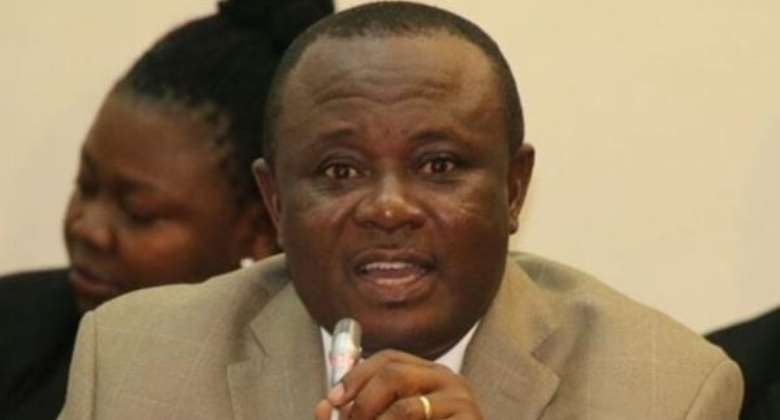 The First Deputy Speaker of Parliament and Chairman of the Privileges Committee has debunked claims by the embattled Member of Parliament for Dome-Kwabenya Constituency in the Greater Accra Region, Sarah Adwoa Safo that she has not been duly invited to appear before the Committee to hear reasons for her long absence from her Parliamentary duties.

According to Mr. Joe Osei Owusu also known as Joe Wise, it was the same medium Accra-based Joy FM used in managing to have her speak.

It was the same medium the committee used in inviting her to appear before it, he sreminded the embattled MP for Dome-Kwabenya.

But, Adwoa Safo is speaking on Joy FM last week claimed that she can only come to Ghana if her son who is sick in the United States of America is fully healed.

The Chairman of the Committee who is also the sitting Member of Parliament for Bekwai Constituency in the Ashanti Region argued strongly that the Dome-Kwabenya MP who is also the Minister for Gender and Social Protection had been duly invited to appear before the Committee.

He explained further that an email was sent to her through her known email address, followed by a Whatsapp message to all her known contacts in the United States of America.

The Committee further followed up with a letter to her office in Parliament so, she cannot be there and tell the Committee she had not been duly invited, he said.

‘It was these same channels that the radio station used in getting her to speak on her invitation to appear before Committee, he stressed.

As a Committee, we will make a decision on her if she fails to appear.

She will be in contempt of the Committee if she does not take measures to appear before it, he posited.

The Chairman of the Committee made this revelation reacting to the comment by the embattled MP that she has not been invited to appear before the Committee speaking on Accra-based Joy FM’s news on Saturday, May 28, 2022.

Hottest Photo Reports
Catch up with all the political quotes from our politicians.
Advertise here
More from Headlines
ModernGhana Links
Your claim that Mahama facilitate construction of National Mosque repugnant lies – Muslim group to Sammy Gyamfi
Arise Ghana demo: We warn those going around buying catapults to attack us — Police
If you want peace change the way you're managing the economy – Otokunor to Akufo-Addo
TOP STORIES