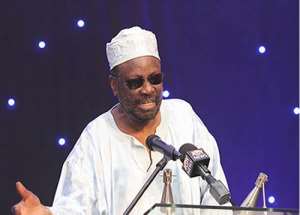 If you have ever bought a house through a mortgage, you will have learnt that a mortgage is one of the most onerous responsibilities to enter into.

One of the funny practices to which a borrower may be subjected is that if he is unable to pay the monthly installment for any length of time, the mortgage company may send one of its “advisers” to come and have a “chat” with him.

In reality, what the “adviser” would be doing would be to take a close look at the property and assess whether it would be able to fetch a high enough price on the housing market to repay the loan – were the property to be “repossessed”! However, the visit would be configured to appear as if it were in the house owner’s own interest. And the lending company would charge him money for having arranged a visit that could lead to the repossession of the property!!

Now, the borrower would not have enjoyed the adviser’s visit one bit, for no matter how personable the adviser himself might be, the message of the visit would be eloquent enough to cause a wife to sue for divorce, if she got to know about it! For if she susses out that she might soon be thrown out of her home, her husband would become the target of her hatred!

The fact that most probably, the husband had spent the repayment money in making improvements to the house, especially the kitchen – upon the insistence of the wife – would be neither here nor there!

So, using the conventional methods of acquiring a home can be one of the most tyrannical experiences a man can put himself through. Especially, if at some stage, his circumstances change, and he no longer has a regular income.

I emphasise the word “regular”, because that is what lending companies worship. Yet who can foretell the vicissitudes of the future?

So if a property remains in the hands of the original borrower and is later inherited, the person who takes on the legacy would have been spared a tremendous amount of heart-aches and terrifying tensions.

The odd thing is that the inheritor might not even be aware of the original owner’s terrors, because most people do not care to share their financial problems with even close relatives, for fear that such knowledge might bring contempt upon their heads!

A legacy is therefore an entity which must be treated with the utmost respect. And that applies to nations, as well as individuals. Please let me tell you this: I had just embarked on my journalistic career when Ghana achieved her independence.

Just one year after independence, Ghanaians were so much in demand abroad that I was invited to make visits that took me to Beirut, Rome, Moscow, and the then Peking.

What struck me most was the warmth with which people treated me, on learning that I was a Ghanaian. Nobody took a proper look at me as a person, but as soon as I said “I am from Ghana,” people would say, “Ah Ghana! Africa!”

Even when I travelled in the company of fellow Africans from Nigeria, Senegal or Angola, I always noticed the special warmth that was shown to me, as representing a country that had “heroically” won its independence from imperialism, and was showing the way to other African people.

It is difficult to impart this feeling of pride I got then to people of generation more modern than mine. Independence is now a common commodity, and no one is going to accord you any special treatment just because your country is “independent”.

And memories are short: your country was a leading member of the Afro-Asian bloc at the United Nations? So what? Bandung? What was that? The OAU? What did it achieve?

Well, we owe it to ourselves to learn about these things from our recent past, for we live on one planet called the Earth, and unless we treasure what we’ve got, we cannot appreciate what happens to our “neighbours”.

And our neighbours' problems – even if they live on the other side of the longitudes and latitudes – are our problems, too. Look, right now, Ukraine is being pummelled by Russia. Both countries are “far away”. But their war may affect the price and size of the bread we buy from our normally friendly (but now surly) baker at Lartebiokorshie or Adum!

We need to rediscover the importance of our inheritance and treasure it.

Just think of how our forefathers would have reacted if rival ethnic groups had encamped on the banks of their rivers and streams, and prevented their wives and children from going safely to fetch water for their households to drink, cook or wash clothes with.

They would have mobilised themselves in force to face the water-endangering invaders. Even if – in the unlikely event – the male leaders of the society had refused to go and fight, women warriors like Nana Yaa Asantewaa, would have fought to drive out the enemy.

But today, it is we ourselves who are destroying the sacred water bodies bequeathed to us by our ancestors. Rivers and streams whose names roused the protective valour of our people – Tano, Prah, Ankobra, Densu, Birem, Supong, Akoosi, Twafuor, Pusupusu, to name a few – have become polluted or poisoned with mercury.

But political “magnates” among us think they are demonstrating “power” if they are able to corrupt state organs to allow them to continue destroying our water – through galamsey.

It is their own offspring who will urinate on their graves. For today, thanks to YouTube and similar social media, no one can hide the truth.