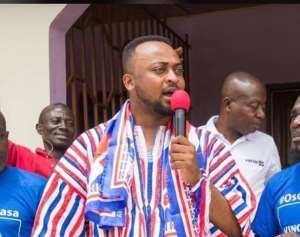 The Member of Parliament for Old Tafo, Vincent Ekow Assafuah has vowed to pursue legal action against the ruling New Patriotic Party (NPP) if some seven persons from his constituency are allowed to vote in the ongoing regional delegates conference.

The Old Tafo MP, obtained a court injunction to restrain the seven from voting.

This was after he insisted that due processes were not followed in the appointment of the members.

Speaking to Citi News in Kumasi at the Baba Yara Sports Stadium, where the polls are being held, the MP raised red flags about the development.

“The NPP is a party of rules and laws. We live by a constitution which must be adhered to. When appointments are being done, it’s supposed to be done by the constituency executives, and the MP in consultation with the Regional Executives. So on what grounds will anybody accept appointees that have not been approved by the MP?”

“I have written petitions to the NEC before I had to go to court to injunct the seven persons. I hope the party will listen and not allow them to vote. Allowing them to vote will mean a contempt of court, and I am going to follow it up that the right thing is done. The party has not been fair to itself and the constituency”, he stressed.

Elections delayed in the Ashanti Region. The Election Committee held a series of meetings with stakeholders to address outstanding concerns regarding the electoral album to be used for the elections.

There were concerns by some members of TESCON and the NPP Council of Elders in the region over the omissions of names in their list.

The Electoral Commission has set up its materials and has divided the polling stations to speed up the voting process.

There is heavy security in and around the stadium, with the movement of attendees being restricted.

Director of Communications of the NPP, Yaw Buaben Asamoa believes the party will come out of this contest more united.

The party is today, Saturday, May 28, 2022, conducting internal polls in seven regions to elect regional executives.

The two main contenders in the Chairmanship race, incumbent Bernard Antwi Boasiako popularly called Chairman Wontumi and Odeneho Kwaku Appiah also called COKA both had a rousing welcome into the stadium by their respective supporters.