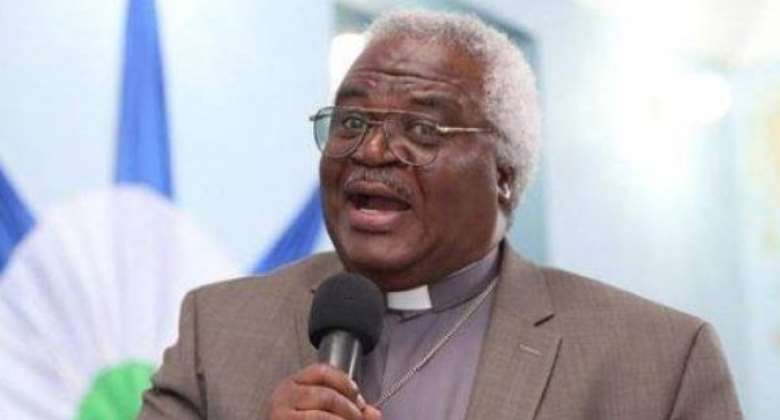 The Very Rev Professor Emmanuel Martey, Former Moderator of the General Assembly of the Presbyterian Church of Ghana (PCG) says there is something fundamentally wrong with Ghana and the Church must rise to the call.

"Its sad and very worrying that the Christian population in Ghana keep growing yet the economy is not growing while corruption has become pervasive even among Christians who claim to believe in the Bible," he stated.

He said every religion including Christianity frowned on corruption and perjury, which had become the order of the day and that clearly showed that there was something fundamentally wrong.

The former Moderator of the PCG was speaking at a public lecture as part of activities to mark the 140th anniversary of the Ascension congregation in Koforidua, on the theme “The Bible, Its Impact on the Church and Society in Ghana”.

He said the inability of some pastors to condemn the wrongful acts of politicians in the country due to ethnic affiliations, fear of being insulted and losing members and the desire to accumulate assets and many more was a dent on the image of Christianity.

However, there are good pastors who speak against the ills in society and corruption but whose voices were behind the scenes to counteract the opinion of some writers that, "the Bible and politics have become tools for corruption in Africa and It was the same Bible that the Apartheid South Africa used to justify the inferiority of Africans, to dehumanize and oppress them”.

Rev Martey said any government interested in genuinely fighting the menace of corruption in Ghana must prioritise functional education and cultural consciousness that can promote probity, accountability and transparency.

The Ascension congregation was established as a mission station in 1882 by the Basel missionaries led by evengelism George Mohr, it's first building was opened in 1916 and the church was elevated to a district status in 1930.

A GHS50,000 endowment fund has been set up to support the needy in the church to acquire Technical and Vocational training for sustained livelihoods, as part of the half a year long celebrations.