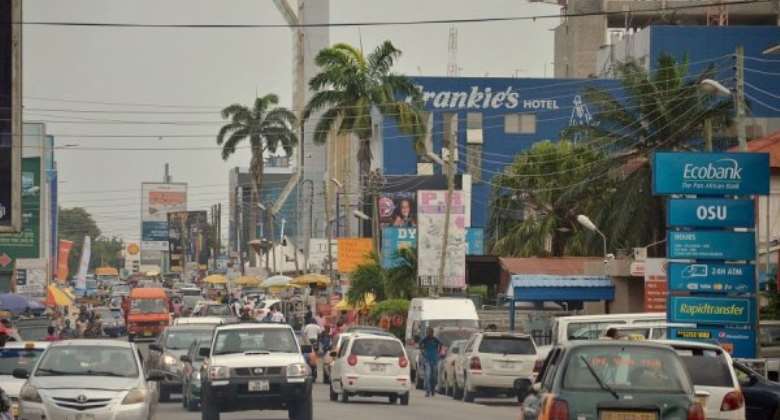 Dr Peter Takyi Peprah, the Assistant Chief Statistician and Director of Field Operations, Ghana Statistical Service (GSS), says about 57 per cent of the country's population live in the urban areas.

He said the 2021 Population and Housing Census showed that the urban localities were now ''soaking'' the pressures from the large population.

Dr Peprah said this during a virtual symposium on family and urbanisation organised by the Ministry of Gender, Children and Social Protection and the Department of Social Welfare, as part of activities to commemorate the International Day of the Family.

The United Nations General Assembly in 1993 in a resolution (A/RES/47/237) adopted the International Day of the Family to be observed on May 15, every year.

The day is commemorated to acknowledge the importance of the family and to promote awareness of issues relating to families and to increase the knowledge of the social, economic, and demographic processes affecting families.

This year's celebration on the theme: ''Families and Urbanisation” is aimed at raising awareness on the importance of sustainable, family-friendly urban policies.

Dr Peprah, breaking down the statistics of population increase due to migration between 2010 and 2021 in the some of the regions, said Greater Accra grew by 1,000,000 followed by Ashanti Region with 200,000, and Western region welcoming 100,000.

Eastern and Ahafo regions, however recorded negative, indicating that the number of people who migrated to both regions were less as compared to 10 years ago.

He said almost all the regions gained population increase with the majority, moving to the urban areas within those regions in the country.

According to the Census report, most of the people who moved to the urban areas were the youth with median age of 29 years, with 53.8 per cent males and 40.4 per cent females.

Dr Peprah described urbanisation as the process of increase in the population that was reported to live in localities classified as "urban".

He attributed the increase of migration from the rural to the urban areas to factors, including better jobs opportunities, education prospects, technology, availability of electricity, water, improved transportation system, and cultural, social and entertainment opportunities.

The Director noted that people who moved to the cities ended up living in slums and sometimes became worse off than their counterparts staying in rural areas.

Urbanisation, he said, offered breeding grounds for social vices such as prostitution, armed robbery, illegitimate children and terrorism due to economic hardships and, the creation of insanitary environment.

Mrs Euphemia Akos Dzathor, a Development Practitioner, said violence within the family setting could be described as any act, or threat of an act that caused physical, psychological, emotional, social, economic and sexual pain to another member of the family.

She noted that the phenomenon of power relations was at the root of all the factors that influenced domestic violence since the husband was considered the family's head with complete control per the household structure in the country.

Violence, she said, could cause anxiety, despair, and other mental health issues, consequently wreaking havoc on the peace and general well-being of the family.

Mrs Dzathor called for the sensitisation of stakeholders of the family to play their roles effectively for peaceful coexistence.

Professor Spenser Duncan, an Economic Management Consultant, noted that recently, marriages were based on convenience, change, crisis, and on compulsion, where one travels to a place and due to some needed documents had to marry.

He said that migrating from rural areas into the urban areas must be systemic and allow for leaders or guardians to guide migrants through the required processes to prevent them from being stranded.