65th Ordinary Session of African Court begins on May 30 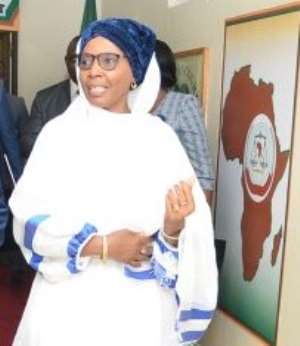 The African Court on Human and Peoples’ Rights will begin its 65th Ordinary Session on Monday, May 30th, 2022, at the seat of the Court in Arusha, Tanzania.

The Judges, among others, will examine a number of applications during the four-week session that will close on June 24th, 2022 a document signed by Dr Robert Eno, African Court Registrar and copied to the Communication for Development and Advocacy Consult (CDA Consult) in Tema has stated.

During the session, the African Court will deliver Judgements on June 23rd, which will be live streamed via link: https://www.youtube.com/user/africancourt/live

The African Court is composed of eleven Judges, national of the Member States of the African Union elected in their individual capacity; and meets four times a year in Ordinary Sessions and may hold Extra-Ordinary Sessions.

It explained that as long as the State against which the application is brought has deposited the declaration recognizing the jurisdiction of the Court to accept cases from individuals and NGOs.

According to the African Court, the decision of whether an application can be considered or not depends on whether it deals with a matter that is within the Court’s Jurisdiction.

The jurisdiction is the competence of the African Court to decide on matters brought before it.

It explained that material jurisdiction is satisfied if the allegations relate to violations of human rights contained in the African Charter on Human and Peoples’ Rights or any other human rights instrument ratified by the State concerned.

Personal jurisdiction refers to the entities which can bring a case before the Court. In general, that are the African Commission, State Parties to the Protocol, and African Intergovernmental organizations.

Individuals and non-governmental organizations may only directly bring cases before the Court if the State against which such application is made has made a special declaration accepting this procedure.

According to the African Court, the application should indicate the names and addresses of the person designated as the Applicant’s representative; include a summary of the facts of the case and of the evidence that will be adduced, and indicate clear particulars of the Applicant and of the party or parties against whom the Application has been brought.

It must also specify the alleged violation; demonstrate the evidence of exhaustion of local remedies or the inordinate delay of such local remedies; indicate the orders or injunctions sought; and indicate whether an Applicant on his/her on behalf or on behalf of the victim wishes to be granted reparations.