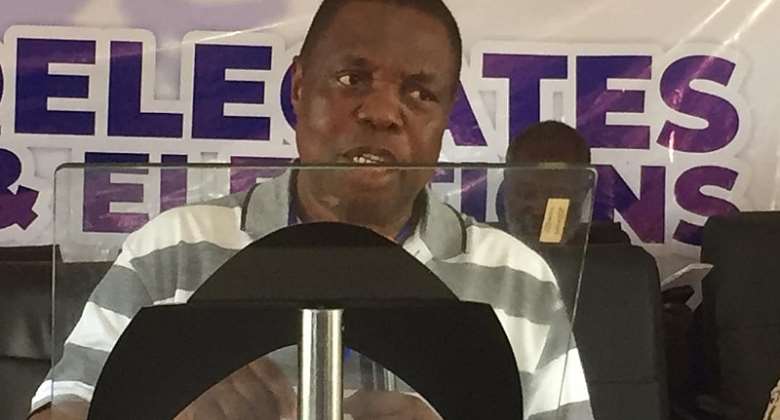 The Bono East Regional Minister, Hon Adu Gyan have urge delegate who are supposed to vote in this year NPP regional elections not to vote for voting seek candidates but vote for competent and energetic leaders.

From him, the NPP party wants to 'break the 8' and to do so, they have to elect leaders who can see the future and fight for it.

"We the ministers and Members of Parliament can’t do this work alone unless we get help from the national to the branch, especially the region which holds the constituency and the branch.

"Is about time we should vote for good, not monitory issues because each and everyone needs development in his or her life," he stated.

He again pleads to delegates and supporters to calm down so that the elections can be held peacefully.

"The police are here to protect you, not to harm you, so let’s cope with them for a peaceful election," he added.

He said this when addressing the delegates and party members at the regional delegate conference and election which is held in Kintampo in the Bono East region.