Too much hunger in Accra; we are under the worst NPP gov’t – Nigel Gaisie 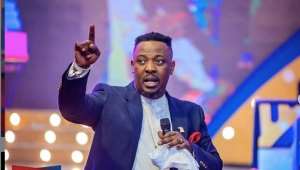 The founder and leader of the Prophetic Hill Chapel, Prophet Nigel Gaisie has added his voice to cries from Ghanaians that the country under President Nana Addo Dankwa Akufo-Addo is hard.

Speaking to Kumasi-based Angel FM in an interview, the controversial man of God said there is too much hunger in Accra.

According to him, unlike past governments, people now troop to his church at dawn to beg for money for food.

“There is insecurity, there is hunger, especially in Accra. I’ve been in Ministry for a very long time but for the first time by 5:00 am in the morning couples are on the premises of the Church asking for GHC 20 for food,” Prophet Nigel Gaisie shared.

Comparing the current NPP government to the Kufour administration, the Prophetic Hill Chapel leader said he has no doubt President Nana Addo is superintending over the worst government.

He said it is sad that after contributing largely to President Akufo-Addo’s victory in the last general elections the people in the Ashanti Region are being 'thanked' with nothing but bad road network.

Prophet Gaisie lamented, “Yesterday when I arrived in Kumasi I drove through Sofoline and other places in town. Look your roads are bad. President Akufo-Addo is at the Jubilee House because of the Ashanti Region and you come and see the roads in Ashanti Region.”

Hottest Photo Reports
Catch up with all the political quotes from our politicians.
Advertise here
More from Headlines
ModernGhana Links
Ahafo: Car crash kills 7 at Sankore
Ghana left with no other option than return to IMF – Mahama
National Cathedral: See how much and which churches have donated towards the project
TOP STORIES