Perennial floods: Water won’t ask if you are NPP, NDC before entering your home; let's all help – NDC communicator 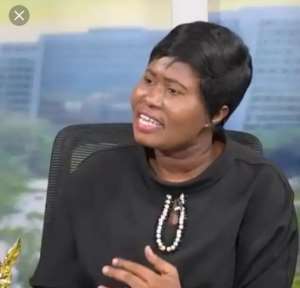 A Member of the National Communications Team of the National Democratic Congress (NDC), Beatrice Annan has called for an all-hands-on-deck approach to tackle the country’s perennial flooding problem.

The country especially parts of the capital, Accra in the past week has experienced flooding after days of heavy downpour

As expected, there have been fingers pointed at the government for failing to put in place measures to solve the issues.

For Beatrice Annan, flooding is a national problem and must not be politicised.

Speaking on the GTV Breakfast show on Friday, May 27, 2022, she said the rain knows no political colours and will not spare anyone on its way.

She is calling for a collective approach from the government and the citizenry to tackle the perennial flooding problem.

“When it comes to flooding when the water enters your house it will not ask for your party colours. When you are being swept away it will not ask whether you are NPP or NDC. So there is the need for us to have a bipartisan discussion and I will urge the government to act responsibly,” the NDC communications team member said.

Beatrice Annan further charged the government and those in authority to enforce the country’s laws. She said it is important that while reserving forest land, people should also be stopped from building in waterways.

“It is important for us to enforce the laws. I have no doubt in my mind that when it comes to enforcing laws on building waterways and environmental protection we do have them. But the laws are not being enforced because the politicians are afraid that when the laws are enforced the people will vote against them.

“Let’s move the people who are in the waterways. Let’s stop selling the first reserves, let’s stop thinking about ourselves. Let’s for once as a society just do the right thing,” Beatrice Annan stressed.