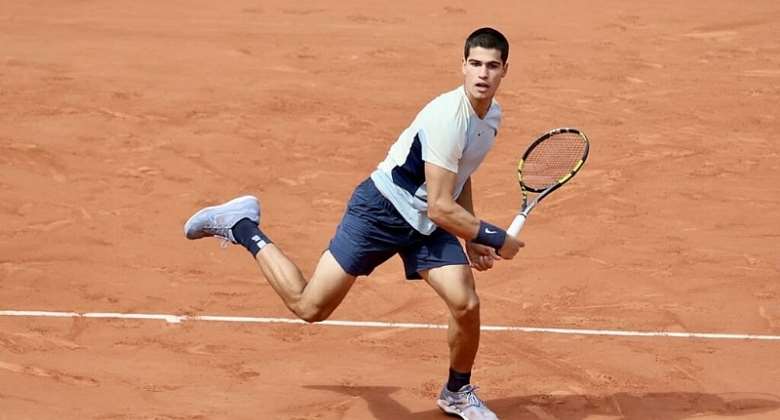 Wunderkind Carlos Alcaraz saved a match point on his way to a five- set victory over fellow Spaniard Albert Ramos-Vinolas on Wednesday night at the French Open.

In the afternoon sunshine on Court Simonne Mathieu, it appeared it would be an express journey for the teenager.

Ramos-Vinolas, playing in his 12th French Open, looked all of his 34 years as the young dynamo cracked winners past him.

But gradually he played his way into the tie. He took the pace off the ball and forced Alcaraz into angles from which winners became high risk.

Reward
And it paid dividends for the veteran. He won the second in the tiebreak and took the third 7-5.

In the fourth, he served for the match at 5-4 and carved out a match point after saving a break point.

But he squandered the chance to eliminate one of the tournament favoruites when his cross court forehand slumped into the net.

He paid the price soon after when Alcaraz levelled for 5-5.

Ramos-Vinolas was in further trouble while serving to stay in the set. In a gruelling 13-minute game, he saved three set points before clinching the game and taking the set into a tiebreak.

In the shootout, Alcaraz imposed himself with a run of four consecutive points to claim it seven points to two and send the match into a decider after three hours and 44 minutes.

Drama
In the final set, Ramos-Vinolas took first blood to surge into a 3-0 lead. But back came Alcaraz with four consecutive games.

But he cracked again when serving for a 5-3 advantage. Ramos-Vinolas could not maintain the intensity and lost his service again.

Alcaraz stepped up for the chance at 5-4 to reach the third round and emulate his 2021 performance when he was ranked 97th in the world.

A year on and seeded sixth, he finished the assignment like a champion.

Ace, forehand winner off a service return, ace and another ace. His opponent touched the ball only once in the coda.

Ramos-Vinolas embraced his conqueror warmly at the net before Alcaraz took the adulation from the crowd.

"I feel as if I was at home," Alcaraz told on-court interviewer Mary Patrux. "It was amazing support from the beginning. Without it I think it would have been impossible to win such a tough match."