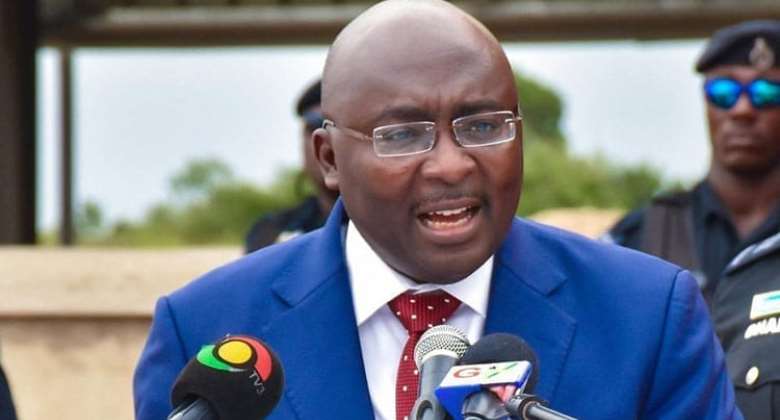 He expressed the belief that the development of regulatory policies would avert arbitrariness, promote risk sharing and encourage more competition to ensure tangible outcomes.

Vice President Bawumia gave the advice when he opened the 2021 West Africa Capital Markets Conference in Accra on Tuesday.

He said the time was ripe for Africa to build and develop strong capital markets to help finance the provision of public goods, provide capital for entrepreneurs and for private sector development.

The two-day biennial conference brought together participants from the Economic Community of West African States (ECOWAS) to share ideas and strategise to enhance the capital market.

It was organised by the West Africa Securities Regulatory Association (WASRA) on the theme: “Deepening and Strengthening the Capital Markets across West Africa through Effective Regulation".

The Vice President was of the conviction that technical regulatory actions that met sound prudential principles and practices would ensure a successful capital market integration.

He, therefore, urged the WASRA and its members to make the best use of the tools presented by the International Organisation of Securities Commission to build coherent supervisory frameworks and well-established channels of communication across countries.

"The infrastructure side of capital market integration requires that WASRA supports the member jurisdictions in the implementation of its standards through a range of initiatives," Dr Bawumia said.

The Vice President attributed the “disruptive effects” of the global economy to the COVID-19 pandemic and the Russia-Ukraine crisis.

He called for profound rethinking to ensure effective financial supervision, noting that the pandemic had brought in its wake new business models, products, and services on technological innovations worldwide.

"There is enormous potential for greater competition, interoperability, operational efficiency through cost saving and also improved risk management,” he added.

Dr Bawumia further called for the strengthening of the bonds of economic cooperation to unravel growth and change the narrative of a continent endowed with both natural and human resources yet clinging on to the strings of aid.

To change the narrative, capital markets should work towards integration and adoption of technologies that deal with regulatory and compliance requirements effectively.,

Dr Bawumia encouraged the WASRA to take advantage of the Pan African Payment and Settlement System (PAPSS), which was launched this year, to facilitate the payment of transactions in local currency among countries in the West African sub-region to facilitate the integration process.

He urged them to capitalise on the African Continental Free Trade Area to reduce the incidence of poverty and enhance long-term growth.

Mr Ken Ofori-Atta, the Minister of Finance, in a speech read on his behalf, said Ghana's capital market started operations more than 30 years ago with nine companies.

It had made major strides with about 38 listed companies, with a market capitalisation of over GHc64 billion on equity bars and GHc187 billion on outstanding securities on the Ghana fixed income market as at March 2020.

The total trade volume from January to March 2022 was over 280 million shares valued at GHc300 milion, representing an increase of 39.68 per cent and 96. 77 per cent, respectively.

“At the end of 2020 when COVID-19 was biting hard, the stock market recorded one of its most successful years in volume trade of 695 million shares, the second highest in the exchange's 30-year history whiles value traded was 575 million, the third highest,” Mr Ofori-Atta said.

Hottest Photo Reports
Catch up with all the political quotes from our politicians.
Advertise here
More from Headlines
ModernGhana Links
Unofficial Prime Minister Gabby was right; E-Levy has been spectacular failure – Mahama
Remove the dead woods in your gov’t turning their ministries into their kingdom — Mahama to Akufo-Addo
Airport Company not privy to Frontiers, First Atlantic contract – Transport Minister reveals
TOP STORIES